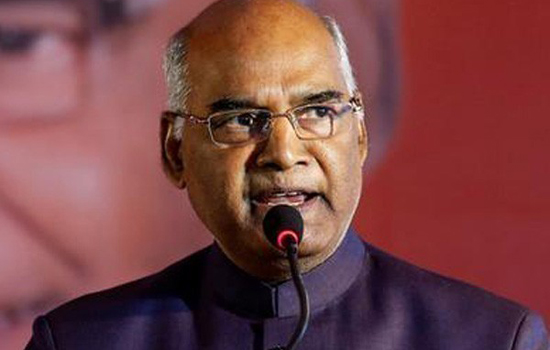 President Ram Nath Kovind will award the prestigious Presidents Colour to the Army Aviation Corps (AAC) in Nashik today. The president, who is also the supreme commander of the armed forces, will award the colour at a grand ceremonial parade to be held at the Combat Army Aviation Training School (CAATS) at Nashik Road.

AIR correspondent reports that presentation of President's colour is an acknowledgement of the meritorious service rendered by the Army Aviation Corps over the years. The honour is a visible symbol of excellence and has been earned by the Army Aviation Corps through dedication and worthy contribution both during war and peace. The ceremonial parade will be commanded by Brigadier Sarabjeet Singh Bawa Bhalla, Commandant, CATS. The Army Aviation Corps has proved their mettle and lived up to the motto of Swift and Sure. They have made their presence felt from the highest battlefield of Siachen Glacier to the Rann of Kutch in Gujarat.