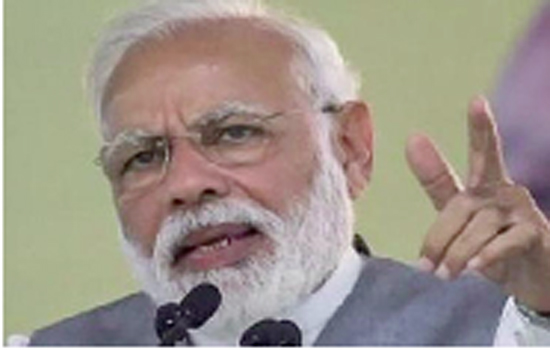 New Delhi: Prime Minister Narendra Modi and party president Amit Shah, the two biggest names in the BharatiyaJanata Party (BJP), will address around 125 and 150 rallies between the last week of March and mid-May when campaigning for the summer’s parliamentary elections end.

The campaign schedules of the two leaders are being finalised, two BJP leaders said on condition of anonymity. The BJP  launched its campaign for the national election with the Vijay SankalpSabha at around 200 locations on Sunday, although the Prime Minister was not part of this. More such meetings will happen at around 250 locations on March 26.

“Modi will launch his campaign with a rally in Meerut on March 28,” one of the two leaders said. “He will address another rally in Jammu the same day.” He will be in Odisha on March 29 and April 1. He will also hold two rallies each in Assam and West Bengal on March 30 and April 3. Modi has a public meeting at Itanagar on March 31, and will hold a video interaction on the same day with those who extended support to his Main BhiChowkidar (I, too, am a watchman) campaign.

“We are drawing the plan in such a way that it takes Modi to each of the states in every round of election,” the second leader said. Polling for the parliamentary elections will take place in seven phases between April 11 and May 19.

Modi is BJP’s most popular campaigner, and the party won the 2014 parliamentary election following a campaign centred on him. Between September 2013, when the BJP declared Modi its prime ministerial candidate, and the end of the campaign for the 2014 election in May that year, he addressed at least 425 rallies across the country.

The party has divided the entire country into different clusters, with each of them comprising three-four parliamentary seats, the two leaders said. PM Modi will address a rally in each of these clusters.

Uttar Pradesh may have 20-odd clusters, and Modi will address at least that many public meetings in the country’s most populous state. Bihar and West Bengal will see Modi addressing at least 10 rallies during the campaign. These three states will vote in each of the seven phases, which means the Prime Minister will make multiple visits to them.

Uttar Pradesh, West Bengal and Bihar account for 162 LokSabha seats and the BJP-led NDA won 106 of them in the previous election. While the BJP faces a strong challenge in Uttar Pradesh following the formation of an alliance between the BahujanSamaj Party, Samajwadi Party and the RashtriyaLok Dal, it is up against an alliance of five parties in Bihar, which is led by the RashtriyaJanata Dal.

The BJP could win just two seats in West Bengal and only one in Odisha in 2014. It has high hopes of making big inroads in these two states this time.