JIFF is going to start from 1 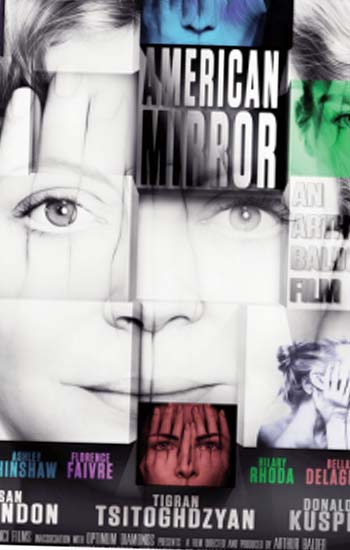 Jaipur: Approaching month of January is going to be filled with the world of FILMS!!JaipurInternational Film Festival Trust and Aryan Roj Foundation are going to organize Jaipur International Film Festival [JIFF] on 17th to 21st January. This is continuously going 12th edition of JIFF. InthecategoryofFiction Films, Jaipur International Film Festival has made its placeastheBIGGESTFILM FESTIVAL of the world. JIFF Founder Hanu Roj informed that this year the films would be screened in INOX cinema hall [Gaurav Tower]. On the other hand, vivid talks and dialogues concerningcinemawilltake place in Hotel ClarksAmer. JIFF, the much awaited film festival among the cine lovers of entire world, the list of the films to screen released on Tuesday. List is divided in two parts - Competitive Films and Desktop Films. The films in category of Competitive Films will showcase on big screens (in theatres) and Desktop Films would be available forthe viewers on desktopscreens.Theduration of Competitive Films is 9245minutes,whileselectedfilmsofDesktopcategory are 5792 minutes long.Top 11 films in selected films for Desktopscreeningwouldbe awarded. In last year, 217 films were selected while 219 films are already selected in the first list only till now. Second list of nominated films would be released on upcoming 5th December. J IFF Sp o k e s m a n Rajendra Boda stated that intheselectedfilms(incompetition) - 45 feature fiction | 26 documentary feature films | 85 short fiction films |19shortdocumentaryfilms | 10 short animation films | 1 animation feature film | 4 mobile films | 6 web series | 4 songs | 16Students films areincluded.InJaipurinternational film festival - films from various countries like America,France,Germany, Austria, Bangladesh, Iran, Cuba, Mexico, China, Belgium, Finland, Taiwan, Tur key, Swit zerland, Canada,Brazil,Afghanistan, NewZealand,Nepal,Korea, Sri L a n k a , Swe d e n , Pakistan, Japan, Poland, Greece,Argentina,Kuwait, Denmark, Venezuela, GeorgiaandPhilippinesare included. This year JIFF has got ahugenumberoffilms from China to be submitted and nominated. Credit goes to the programs organised by JIFF in China. Rajasthani film Chidi Balla would be screened ChidiBalla [Smash] the fi l m d ir e c te d b y Radheshyam Pipalwa is about a schoolboy Bhagat who has to save his school. Bhagat who plays Chidi Balla, has a challenge now to win in state level badmintontournament.This51 minuteslongRajasthanifilm is a tribute to art, sports and culture of the state of Rajasthan. A m e ri c a n M irr o r: IntimationsofImmortality is a documentary and experimental film directed by Arthur Balder. This 1 hour longfilmshowcaseshowwe aredisplayingourfalselives on soc ial media l i ke Facebook and Instagram which is far from the truth. The film stars Susan Sarandon, who has won 1 Oscar award and has been nominated for 4 Oscar Awards till now. No Man's TruthisanIndianfilmdirectedbyMarinaLibik.It’safeature film, which is 2 hours 7 minutes long. No Man's Truth is about brutal truths of digital word, which starts fromthemysterious suicide of a girl Suhana. Mosaic Portrait is a Chinese film directed by ZhaiYixiang.1hour48minutes long, this feature film is about migrantworkerXu, who is disturbed after his after the sudden pregnancy of his14 year old daughter. Sun Shine Moon is a film revolving around the facts and fantasies; It is a film from Germany, 1 hour and35minutes long,directedbyCarloAvventi.Filmhas twocharactersChineseSun and Korean Moon, who go through many interesting events.Bombay Rose is an animation film directed by GitanjaliRao.1hourand23 minutes long, this film is about a club dancer, who escaped from child marriage and is in quest of her lover. Anand Mahindra is one of the producers of the film.AlexStripisafilmmade inAmerica,directedbyIrene Zoe Alameda. Screenplay of the film has been discus sed in J IFF Co - Production Meet in 2016. Nowthefilmhasbeenmade and returned for screening in JIFF.