India will not allow its share of water to flow to Pakistan, says PM Modi 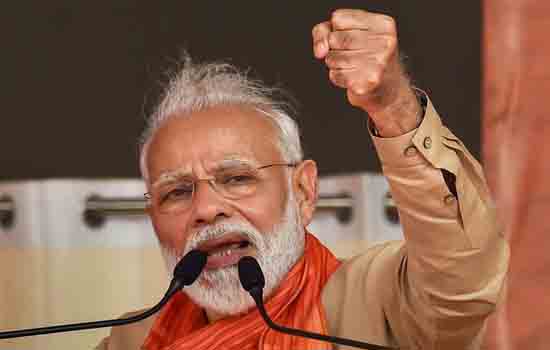 Prime Minister Narendra Modi has said that India will not allow its share of river water to flow to Pakistan. Addressing an election rally at Charkhi Dadri in Haryana, Mr Modi said, for 70 years, the water which belongs to India and the farmers of Haryana flowed to Pakistan. Prime Minister said, his government will stop this water from flowing to Pakistan and bring to the houses in Haryana.

Mr Modi said, during the past five years, BJP government has laid foundation of development. Talking of the role of villages in development of the country, the prime minister said  the villages have emerged as the source of new energy and social change. Mr Modi  said our villages, while maintaining their culture and tradition, are leading the society towards new thinking and new path.

Assembly elections in Haryana will take place on October 21 and the election results will be declared on October 24.