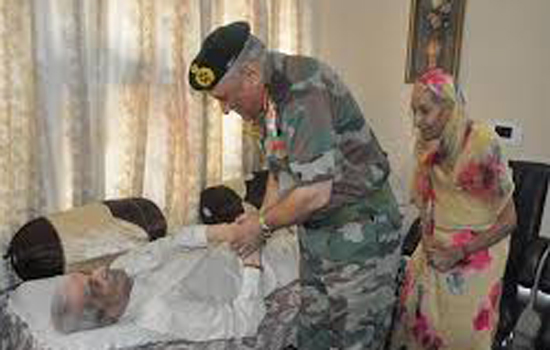 The meeting was part of celebrations to mark the Year of The Next of Kin. A defence spokesman said, General Rawat conveyed his gratitude on behalf of the Army and the nation to the close relatives of the war hero.

Salaria was awarded the Param Vir Chakra for his bravery in the line of duty during his tenure with his unit, Third Battalion, the First Gorkha Rifles, deployed in Congo as part of UN Peacekeeping Force in 1961.

The entire Indian Army is reaching out and ensuring the well-being and welfare of the family members of deceased soldiers.