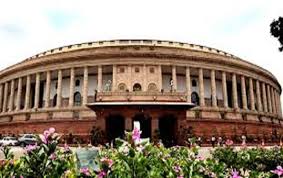 Parliament gave its approval to the Mineral Laws (Amendment) Bill, 2020 with the Rajya Sabha adopting the same yesterday. The bill envisages curtailing time lag in operationalization of the coal blocks even after their allocation. The bill was passed in a division of votes with 83 members favouring and 12 opposing it. It was passed by the Lok Sabha last week.

Reiterating Prime Minister Narendra Modi’s thought of Minimum Government, Maximum Governance, Mines Minister Pralhad Joshi, in his reply, to the debate said, the amendment would facilitate in making the country self-reliant. He justified that the amendment was needed to ensure uninterrupted coal supplies and other raw material to thermal plants and other industries.