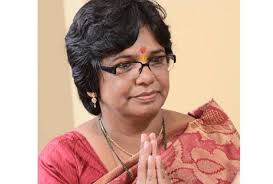 Ms Rahatkar is the President of the BJP Mahila Morcha and her resignation comes against the backdrop of the Bombay High Court's observation regarding her continuance on the post despite the change in government in the state.

The Maharashtra State Commission for Women was set up on 25th January, 1993 and consists of the Chairperson, six non- official members, a Member-Secretary and the State Director General of Police as an ex-officio member.