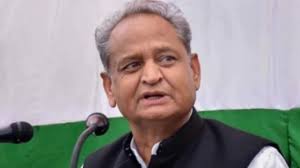 Rajasthan Chief Minister Ashok Gehlot will dedicate the UNESCO world heritage site certificate for Jaipur to the people at a function to organize at historical Albert Hall this evening. UNESCO Director-General Audrey Azoulay will be felicitated on the occasion.

UNESCO declared the Walled City of Jaipur world heritage site in July last year which is famous for its grid plan-based architecture and buildings constructed with the pink façade.

The International Council on Monuments and Sites had earlier inspected the city in 2018 after its nomination. It took into account the architecture of the streets with colonnades, which intersect the center, creating large public squares called chaupars.