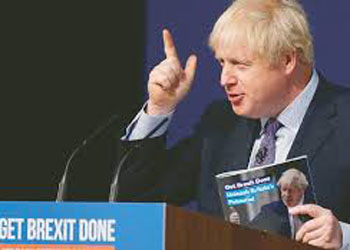 British Prime Minister Boris Johnson has launched the Conservative Party manifesto for the December 12 General Election with a central pledge to "get Brexit done" and make the UK “Corbyn-neutral by Christmas”.

He promised not to raise the rates of VAT, income tax and National Insurance, dubbed a "triple tax lock".

Mr Johnson said unlike any other party standing in this election they are going to get Brexit done.