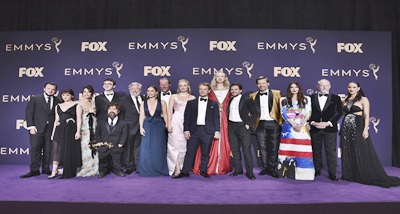 It defeated seven other contenders including 'Killing Eve', 'Ozark', and 'Pose' for the best drama crown. Apart from the top honour, Peter Dinklage won best supporting actor for the record fourth time for the series.

The actor, who plays the stylish assassin Villanelle on the BBC America drama, bagged the award for best actress in a drama series.