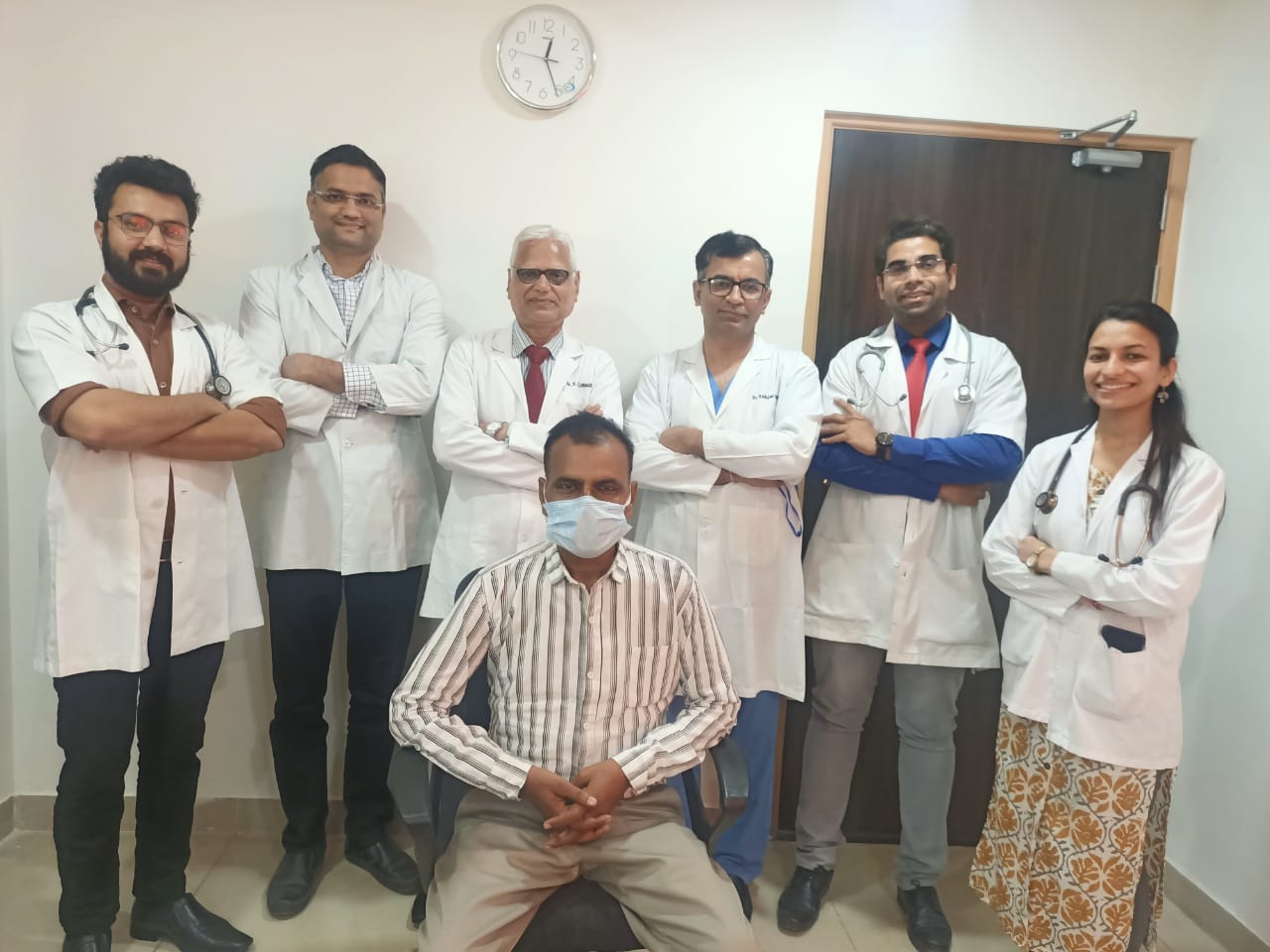 Geetanjali Medical College & Hospital is a multi-super specialty hospital with all facilities. The benefit comes from time to time to the patients who come here.

A 56-year-old patient resident of Bhilwara came to Geetanjali Hospital, Udaipur, due to cough, mucus, chest pain, and shortness of breath for about ten days. Dr. SK Luhadia, HOD of TB and Respiratory Diseases Department, and his team found that there could be a possibility of a bronchogenic cyst, due to which the patient's chest scan was done, which confirmed the congenital disease bronchogenic cyst.

A bronchogenic cyst is a sporadic disease, and its treatment is possible only by surgery; this case was referred to cardiothoracic surgeon Dr. Sanjay Gandhi, who successfully removed this bronchogenic cyst by operation. Now the patient is completely healthy and can discharge his daily routine.

Dr. S.K. Luhadia explained that bronchogenic cyst is a rare congenital disease in which a lump is formed in the middle of the two lungs (mediastinum) or in the hilum of the lung, and later infection in it, this lump starts growing, causing cough and shortness of breath due to pressure on the windpipe. It starts getting hurt. If it is not operated on time, then this knot can burst, due to which the life of the patient can be in danger.