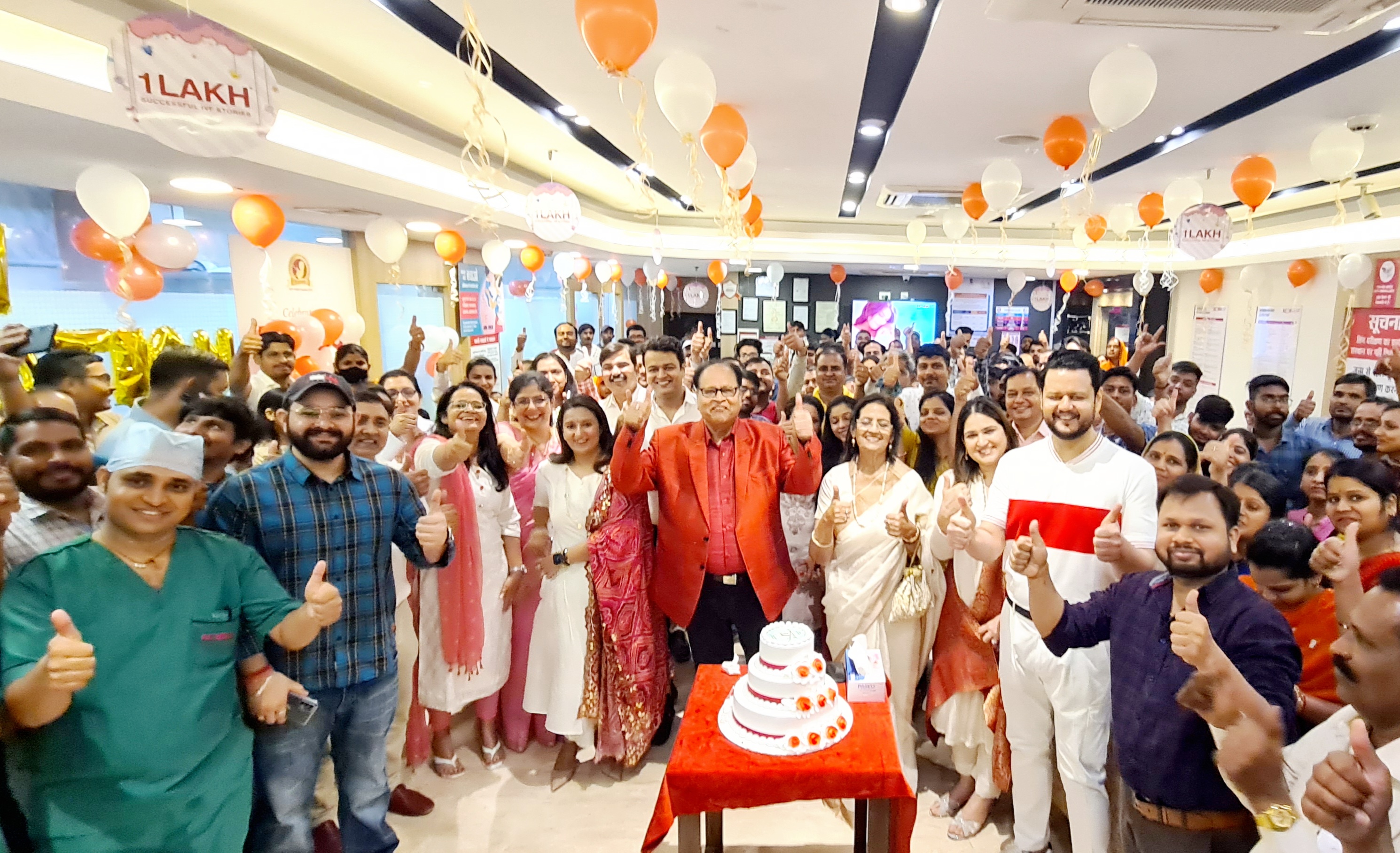 Udaipur. The problem of infertility is increasing rapidly. One out of every six couples is affected by it. Still, the journey of Indira IVF, which started in the city of lakes, has completed the journey of 11 years, taking a pledge to end infertility in India. Indira IVF, which has achieved the distinction of conducting one lakh IFVs with awareness, precise treatment, and high success, celebrated its foundation day in Udaipur.
On this occasion, a grand program was organized at Indira IVF Udaipur on the theme "Gift a New Life," in which Group Chairman Dr. Ajay Murdia, CEO & Co-Founder Dr. Kshitij Murdia, Director & Co-Founder Nitij Murdia, Chief Clinical End Lab Operations Dr. Vipin Chandra, Senior Gynecologist Dr. Taruna Jhamb and the entire staff were present
on this occasion, Dr. Vipin Chandra thanked everyone for their support in the memorable journey.
Congratulating and thanking the entire nation, Group Chairman Dr. Ajay Murdia said that today Indira IVF had become the country's most significant fertility chain with 108 centers in 21 states, thanks to the trust and love of childless couples. Elaborating on the expansion of the centers, he said that there is a plan to open an Infertility Treatment Center in the next ten years at a distance of 200 km so that world-class treatment is available to the couple in their vicinity.
Dr. Kshitij Murdia, CEO and Co-Founder of Indira IVF, said that the demand for IVF has grown globally over the past two decades. IVF treatment is being liked a lot in India. The market size of IVF services in the country, which stood at US$ 793 million in 2020, is expected to grow to $3721 million in 2030, keeping in view the growing demand. People are now adopting infertility treatment quickly. The group has focused on the latest assisted reproductive technologies, including Electronic Witnessing Systems, Closed Working Chambers, Microfluidics with Artificial Intelligence, and Machine Learning which make couples more likely to succeed. At the same time, he said that our goal is to provide high-quality infertility treatment services to the team at concessional rates so that they do not have to be financially burdened.
Nitin Murdia, Director and Co-Founder, said that there are more than 28 million childless couples in the country, but most the IVF treatment is available only in major cities, due to which a large section of the country is deprived of infertility treatment, so we have installed most of the centers in Tier 2 and Tier 3 cities. At the same time, he said that the success rate of IVF largely depends on state-of-the-art technologies and advanced labs. Emphasizing innovations, he said that in today's era, 70-75 percent success rate could be achieved in IVF.