GMCH: An 88-year-old man beats his age by having a successful heart bypass surgery 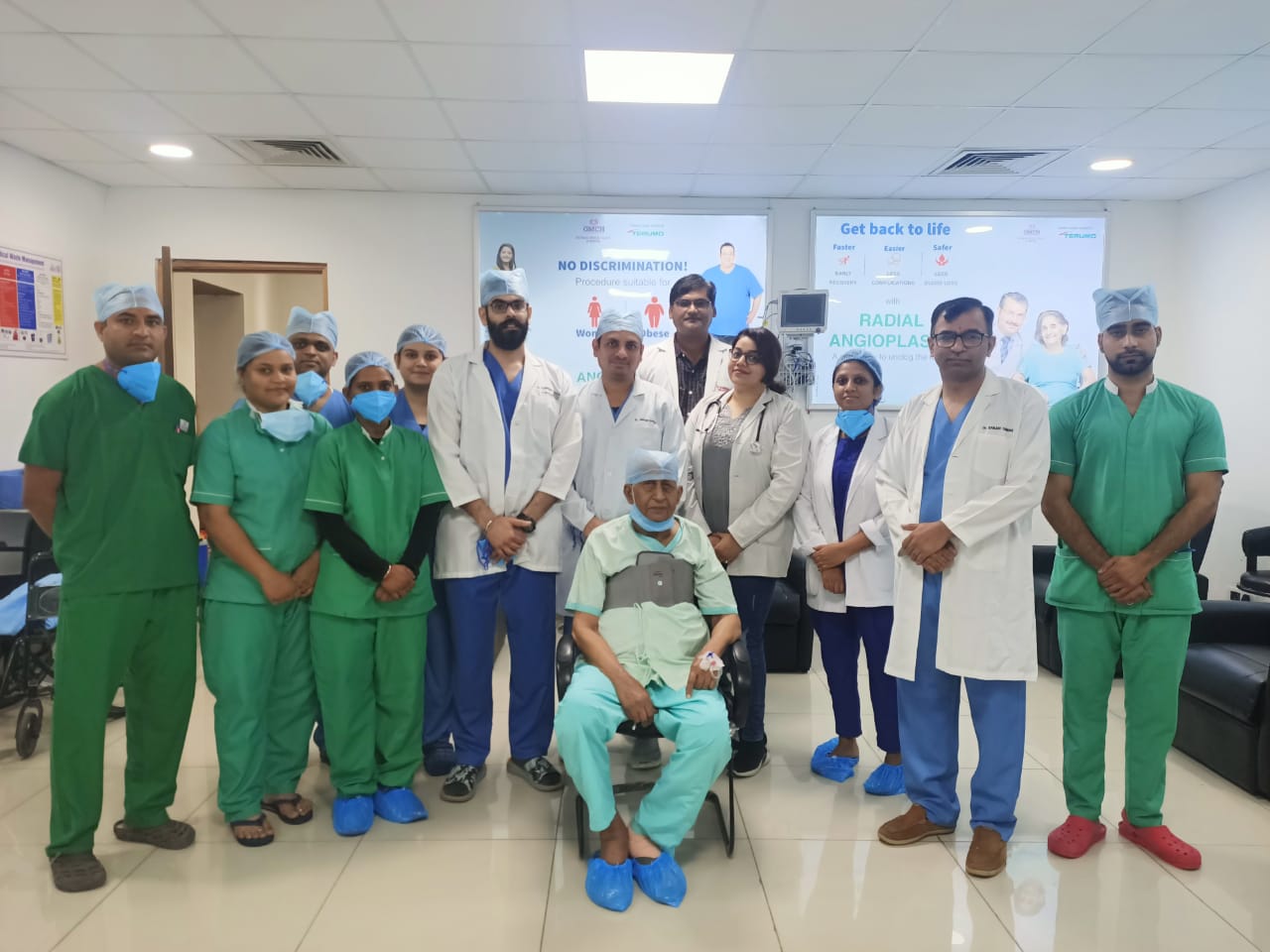 It is generally seen that if someone has chest pain, any heart problem, or a heart attack, then the patient and his family get nervous. Often people are afraid of bypass surgery. When we go to the Higher Tertiary Centers where bypass surgeries, valve surgeries, children's operations, etc., are being done daily, it comes to know that the risk in these types of procedures is significantly less. There is a belief among familiar people that the bypass operation of the heart is an open heart, which means that the heart has to be opened in it, whereas it is not at all. This is a closed heart operation.
In Geetanjali Medical College and Hospital, Cardiac Sciences' experienced Cardiac Surgeons, Cardiac Anesthetists, Cardiologists, Perfusionists, ICU, OT staff are continuously performing such complex operations for the last ten years. Due to the relentless efforts of the cardiac team, the 88-year-old was successfully treated, and he was given a new life.
Cardiac surgeon, Dr. Sanjay Gandhi, said that if any old heart patient wants to live well in walking, he can get the operation done, and bypass surgery is as easy for him as it is for a young man. When any heart patient is living with trouble with blockage of the pulse, it is better to live well by getting proper treatment or surgery if required, which can increase both the quality of life and the life of the patient. Bypass operation is performed by making a small incision on the beating heart (beating heart surgery); bypass surgery is carried out without opening the soul; in this, the patient is also less pained, and the recovery is very quick. Heart Lung Machine is not even used in this type of operation; a similar issue was seen in the Department of Cardiac Sciences of Geetanjali Hospital in an 88-year-old old man. This old retired civil engineer. patient for a long time
He was finding it difficult to carry out his routine tasks. The patient was also treated with medicines but without any success in such a situation. Angiography of the patient was done in which there was 90% blockage in the left main pulse of the patient's heart, and there was a lot of blockage in the remaining three veins and 100% blockage in the right artery. The patient's beating heart underwent bypass surgery, in which four bypass pulses were installed. The patient was discharged from the hospital on the 5th day. The patient is still healthy, able to eat and walk.
The biggest challenge in the treatment of the patient was the fear of the society and not the operation of the patient, the patient and his family wanted to get the operation done, the patient's family members are cardiac surgeons in America, the patient's family also consulted them and brought the patient to Geetanjali Hospital. Gaya| It is necessary to change this kind of thinking of society in today's context.
Giving information, Dr. Gandhi said that now there is no fear in heart disease and its treatment, today with the advent of new technologies, the risk of operation has reduced a lot. 2 - 3 bypass operations are being done daily in Geetanjali Hospital. Complex procedures are being carried out with an experienced team and multidisciplinary approach, further reducing the risk. Acme equipped with the latest technology is also available at Geetanjali Cardiac Center.