brain tumor removed  with the laparoscope 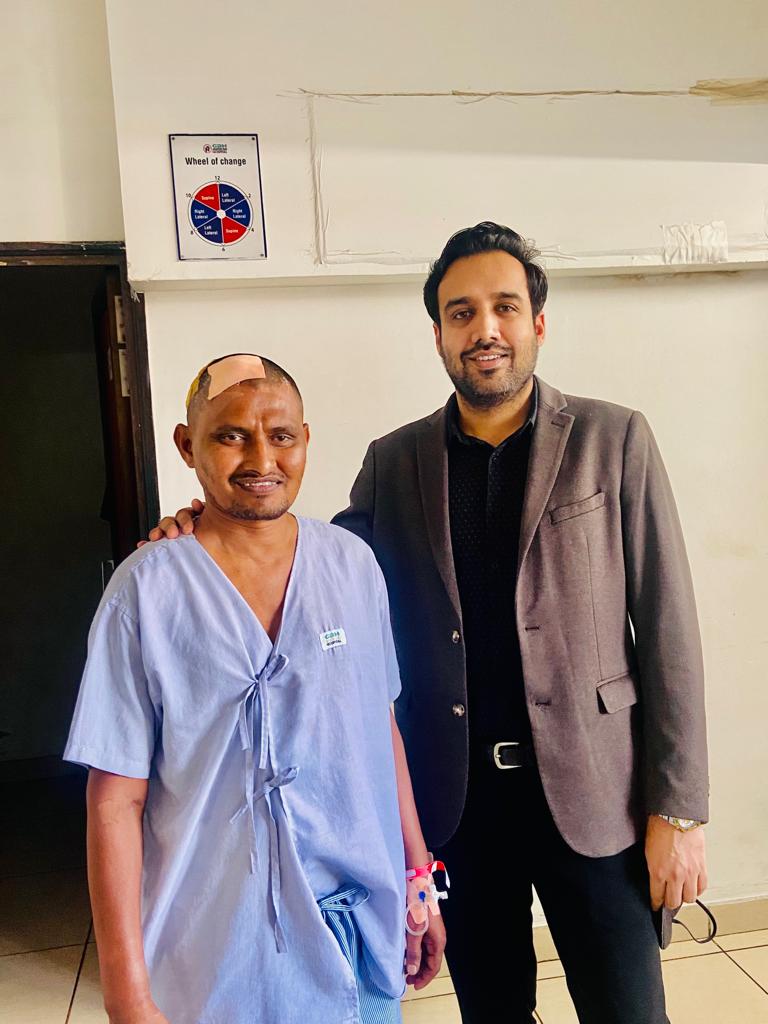 Udaipur.  A brain tumor was removed from the laparoscope at GBH American Hospital.
Group director Dr. Anand Jha said that Laxman (38), a resident of Kherwara, had complaints of vomiting, seizures, and extreme headaches for about a month. Later, he also lost sight of his eyes, and then there was no control over urine. In this situation, his relatives had brought him to the neurosurgeon of GBH American Hospital, Dr. Nitin Bhakal, recently
. On getting an MRI here, it was found that there was a lump in his brain that was causing this problem. On this, he was operated with a telescope, in which the tumor was removed from the hole of two centimeters, and a new path of water was made. On the second day of this operation, the patient started seeing back and got rid of all the problems.
Due to this type of complex operation being done with the help of a laparoscope, the patient does not have to stay in the hospital for long, and there is no bleeding during the operation.