Successful treatment of 4 patients who have cancer in Paras Hospital 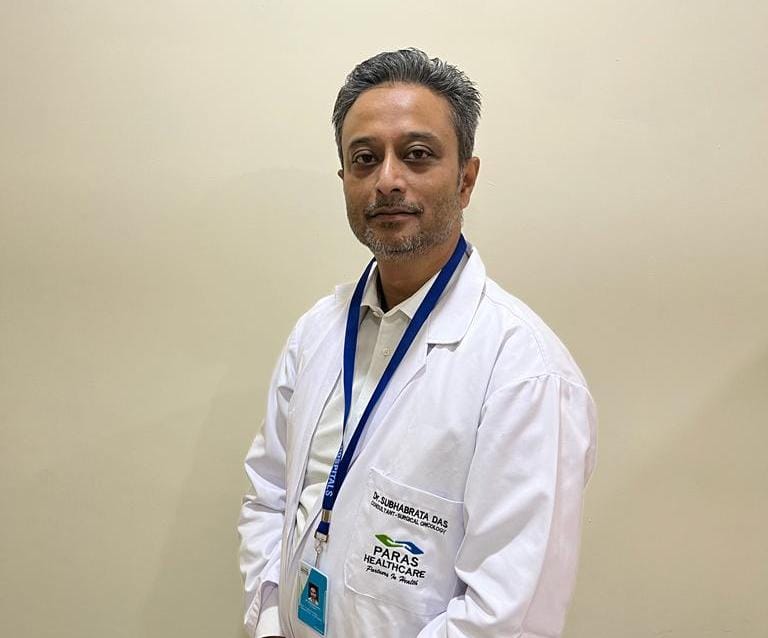 Udaipur: The oncology team of Paras Hospital, Udaipur, has successfully started cancer treatment. Three female patients aged 70 years, 56 years, and 60 years have been successfully treated for breast cancer in Paras Hospital in the last two months. Dr. Subhabrata Das, Cancer Surgeon at Paras Hospital Udaipur, said that the size of a tumor in the breast cancer of two patients was 2 cm, and clinically the extent of the tumor in the breast cancer of one patient was 3 cm. A multidisciplinary board counseled all three patients, and all three decided in favor of the modified radical mastectomy (MRM) procedure over breast conversion surgery (BCS). Patients were discharged in healthy condition two days after the successful operation. At the same time, an 83-year-old male patient with breast cancer was also operated on successfully, which was clinically 3 cm. The patient underwent Modified Radical Mastectomy (MRM) and is currently undergoing chemotherapy. Historically, a modified radical mastectomy has been the primary breast cancer treatment method. Modified radical mastectomy is a procedure in which the entire breast is removed, including the skin, areola, nipple, and most of the axillary lymph nodes, but the pectoralis major muscle is left. There is a shallow risk of cancer recurrence as 95 percent of the breast tissue is removed. Breast reconstruction is sometimes necessary after mastectomy or breast cancer surgery so that she remains emotionally intense and considers himself normal like others. In most cases, other treatments are required, along with radiotherapy. Breast cancer is when breast cells begin to divide, grow, and spread uncontrollably due to changes in specific genes. Dr. Subhabrata Das, Cancer Surgeon at Paras Hospital Udaipur, said that every year many cases of breast cancer are reported in women in India. The average rate of breast cancer in India is 16% to 29.9%. Breast cancer accounts for 18.1% of cancer deaths worldwide. Breast 9 cancer accounts for about 15 percent of cancer deaths in women. At Paras Hospitals, we provide comprehensive surgical treatment, including breast surgery, oncoplastic techniques, and breast reconstruction. We also provide chemotherapy and chemotherapy ports so patients can get better treatment. Abid Tauqueer, Facility Director, Paras Hospital, Udaipur, said that Paras Hospital Udaipur is committed to world-class cancer treatment. We have state-of-the-art medical, cancer surgery, and chemotherapy treatment facilities, and in a year, we will also have radiation oncology, thereby providing comprehensive cancer care at Paras Hospital. Almost all top-class treatment services are available in Udaipur, so people may not need to travel to other metro cities for comprehensive cancer treatment.