Successful treatment of tumor in cheek bladder by laparoscopic surgery 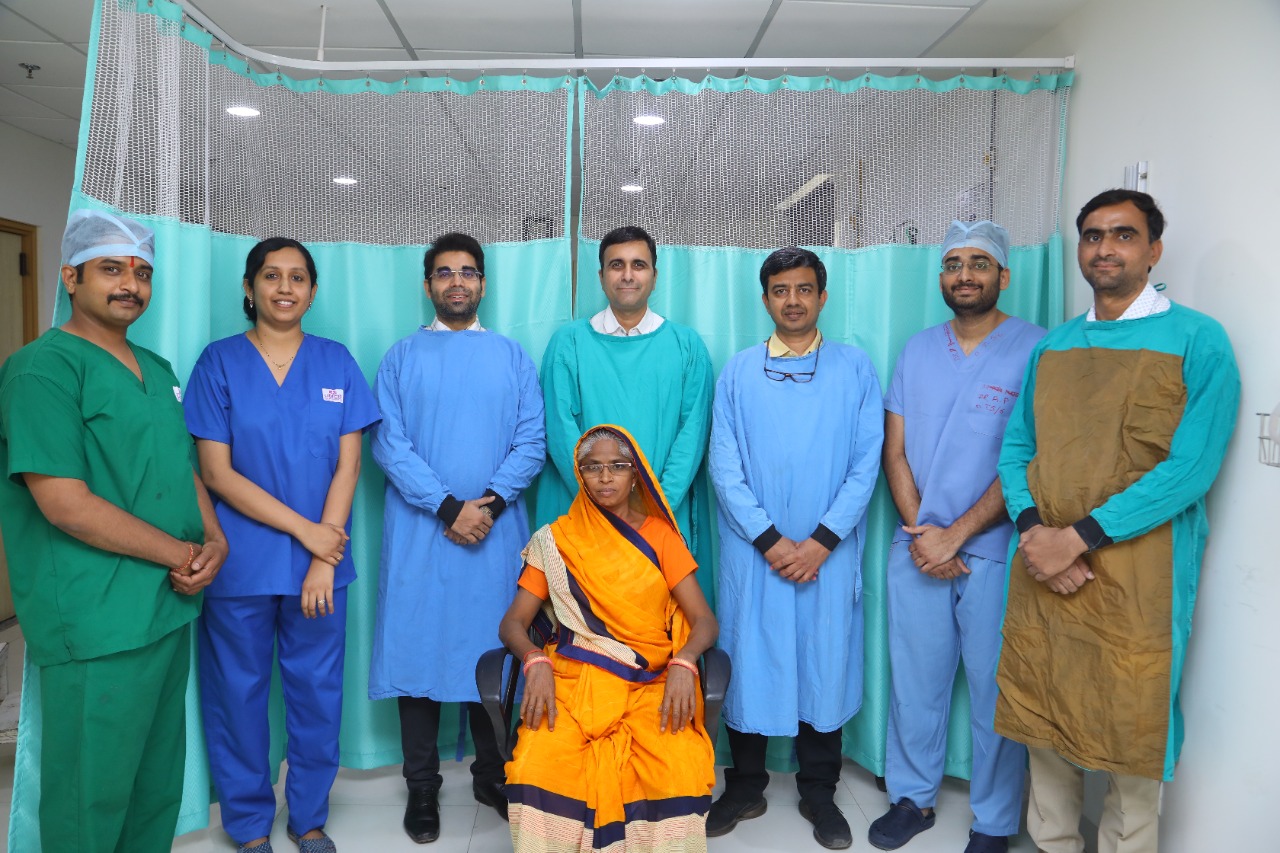 Udaipur: Successful Radical Cholecystectomy Laparoscopic surgery on the 80-year-old female patient was performed by the Gastroenterology team of Geetanjali Medical College and Hospital, Udaipur. In the group that carried out this highly complex successful operation, G.y Surgeon Dr. Kamal Kishore Bishnoi, Gastroenterologist Dr. Pankaj Gupta, Dr. Dhaval Vyas, Dr. Manish Dodmani, Anesthesiologist Dr. Pooja, SICU Incharge Dr. Sanjay Paliwal, OT Incharge Hemant Garg, ICU Staff, and The OT staff contributed immensely due to which this operation was carried out successfully.
What was the issue?
An 80-year-old woman from Dungarpur was brought to Geetanjali Hospital with complaints of abdominal pain. On asking the patient, she said that he had been suffering from stomach aches for the last month and there was no other problem. The patient's abdominal sonography was done. Upon receiving the report, it was found that there was a stone in the patient's gall bladder, which looked like a lump. Looking at the tumor, he was CT scanned, and the CT scan report confirmed that the patient had cancer in his gall bladder. With the help of an anesthesiologist, radiologist, and team in the patient's treatment plan, the result was that the tumor could be removed entirely from the patient's gallbladder, and it could be made cancer free.
The biggest challenge in performing this operation was the patient's age, as the patient was very old. Radical cholecystectomy is usually performed in this type of operation, meaning the removal of two liver segments along with the gallbladder and lymph nodes. This operation is done in two ways first, open surgery and second laparoscopic surgery. Geetanjali Hospital has complete facilities for laparoscopy operations. The patient was planned for laparoscopic radical cholecystectomy. The patient underwent laparoscopic surgery for about 3 hours, in which all lymph nodes were removed as well as both segments of the liver. The patient was kept in the ICU for only one day; the next day, the patient was in a position to eat. On the fourth day, the patient went home walking healthy; the patient did not get a large incision during the operation. After a week, the patient was called for a check-up. The patient is completely healthy and is carrying out his daily routine. The patient's biopsy report came in and found that the patient had a second-stage tumor, and all the lymph nodes were removed.
Dr. Kamal said that 80 years old woman was given a healthy life after a successful operation by Laparoscopic Radical Cholecystectomy. If the patient had open surgery, the bleeding would have been more, and it would have taken a long time to recover. In contrast, with laparoscopic surgery, the incision was also smaller, the bleeding was more minor, the pain was less, and the patient recovered quickly.