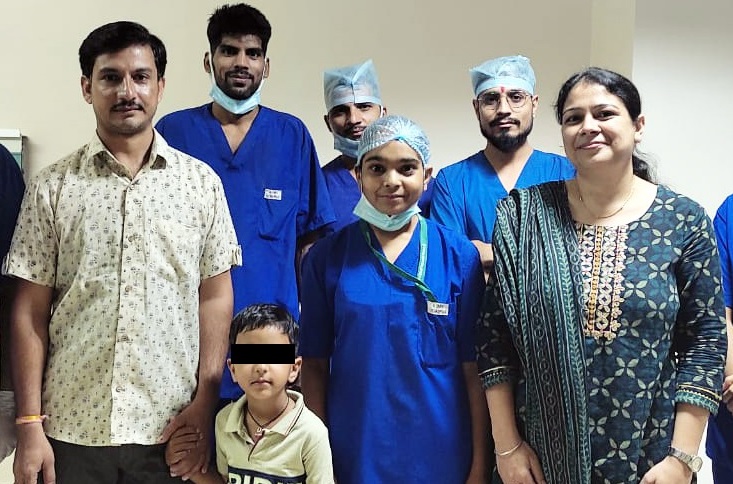 Udaipur: The child suddenly became unable to walk after the Child Neurologist successfully treated a sudden high fever at GBH General Hospital.
This child, a resident of Dungla in the Chittorgarh district, was brought by the family members to GBH General Hospital in a critical condition recently. He suffered from a high fever and could not walk for three days. It was difficult for him to move or even sit on the bed. MRI and other examinations of the brain and spine revealed that the child had symptoms of demyelination. Also, myelitis was found in the spinal cord. This disrupts normal reactions from the brain to other parts of the body and the brain. In this disease, the effect is seen on the brain and spinal code due to the formation of antibodies in the body. Usually, this disease is rarely seen, and treatment is delayed due to a lack of proper investigation. Pediatric neurologist Dr. Anshita Arora admitted this child to the ICU. While treating him under the supervision of Dr. Piyush Garg's team, he was brought out to the ICU in a healthy condition three days later. After keeping him in the ward for the next two days, the child was discharged on Saturday. Dr. Ankshita Arora said that this disease is called  acquired demyelinating syndrome, was Successful treatment is possible if the condition is detected in time.