As soon as the pressure of the veins was removed, the older woman started walking. 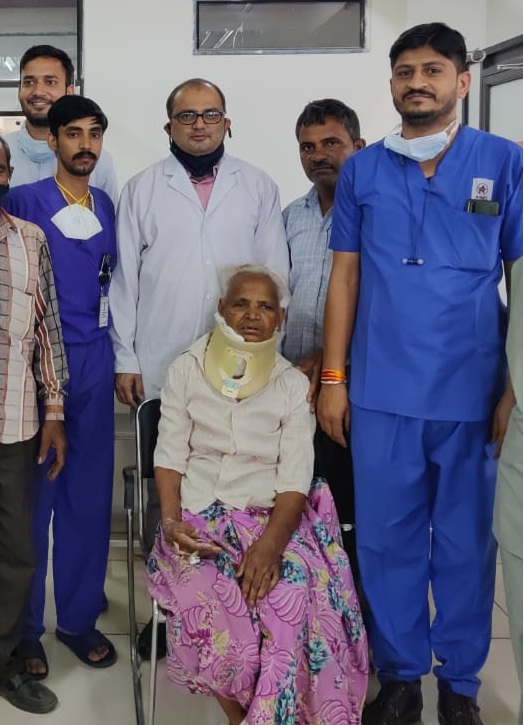 Udaipur. An older woman who was unable to move due to pressure on the spinal cord nerves was operated on at GBH General and Memorial Cancer Hospital in Bedwas. As soon as the pressure was removed from the nerve, the older woman started walking.

Group Director Dr. Anand Jha said that Mathri Das (78) had difficulty walking for almost a year. She could not even get out of bed for the last ten days. Her hands and feet had stopped working. In such a condition, the older woman was given the help bt Neuro and Spine Surgeon Dr. Sumit Dave.

On MRI, the problem was found due to the sliding of the car of C3 and C4 in the cervical number. It was putting pressure on the nerves, due to which the elderly had this problem. There was a danger in the operation as the woman was also a patient with blood pressure. Dr. Sumit Dave and Dr. Piyush Garg removed the pressure from the veins while maintaining the blood pressure and relieved the pain.