Health Span Should Be Motivated Over Life Span 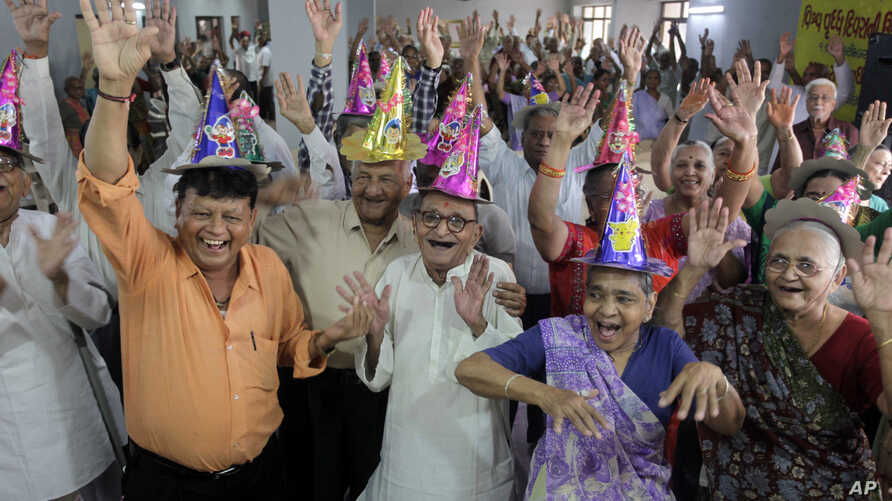 According to the World Health Statistics Report 2021, the average age in the world is increasing, but the healthy average age is not showing the same result. The global average age is 73.3 years, while the healthy mean age is 63.7 years. That is, there is a difference of about nine years between the two. This clearly means that the last ten years of people's lives have faced various kinds of diseases, mental troubles and many other socio-economic difficulties.  The health aspect of the elderly population is very important. Although the life span of people is increasing, it has no happiness and good health. This is a worrying situation; this situation is a question mark on the governance systems. Aging should not be a repentance, but a boon; a comprehensive action plan should be made on it at the level of the country and the world.
The report draws attention towards the average age of women and men and some aspects of their health. According to the report, the average age of women worldwide is higher than that of men. They live a relatively long life. But this does not mean that in terms of health they are also better than men. According to the report, if we talk about the average healthy age, then the difference between women and men gets reduced significantly. Women and men are in roughly the same position in terms of a healthy average age.  In the last span of life, women's health is more weak and complex with many problems than men. In our own country too, in terms of average age, women appear three years ahead of men when it comes to the question of a healthy average age.
The topic of consideration in the context of the World Health Statistics Report 2021 is why the average healthy age is not increasing along with the average age. In this context, along with medical perspective, it is expected to look at other aspects. From this point of view it is rightly said that thinking has a profound effect on the life of a person. That is why "Think Positive" means "Think Positive", it is not only a proverb, but it is an infallible means of healthy and happy life. Positive thinking is when you face challenges with a positive attitude. If you are a positive thinking person then you know how to face negative situations in life.
Life is full of obstacles and challenges, but if you change your mindset and become more positive, it can really help with many things, including your health. This is a fact of life and now experts have also proved in their research that if a person has positive thinking in life then one can live a healthy and long life. Being happy is the most important thing to lead a healthy life. Researchers at Yale University examined the mortality rate of more than 600 people who had answered survey questions some 20 years earlier, when they were 50 years old. The researchers found that some people agreed with statements such as 'things get worse as I get older' and 'as you get older, you are less useful.' agreed with the statements that 'I was just as happy when I was younger'. It was found that people with a more positive outlook on aging lived an average of 7.5 years longer, healthier and happier lives than those with a negative outlook.

Similarly, a study conducted by Boston University said that the secret of longevity is good health, a balanced lifestyle and living without any disabilities, but good health can also be achieved by just changing attitudes and this leads to longevity. The average age of the participants in the research was 70 years. About 70 thousand women and 1429 men were included in the research. Positive people were found to be 15 percent more likely to age than those who thought negatively.
According to the new report, our average age is increasing, so there is more expectation of positivity in life. There is a deep connection between positivity and our immunity i.e. ability to fight diseases (immunity). In one research, 124 participants took part and people who showed optimistic thinking showed more immunity. Those who had a negative outlook showed a negative effect on the response of their immune system. Research also shows that having a negative attitude can make you vulnerable to many incurable diseases. Studies have shown that positive thinking can actually help you recover from trauma or distress more quickly.
Positive thinking can help to make you more resilient, which can be helpful in the face of these difficult situations. Stress is actually known to be a factor in health problems. Positive thinking helps us to manage and reduce our stress levels properly. When you get nervous in any situation, then first of all negativity dominates, which is sure to cause stress and there will be a complaint of high blood pressure with stress. If you stay positive in any situation, then there will be no stress and blood pressure will be controlled.
The World Health Statistics Report 2021 report has highlighted the questions related to the health of the elderly population prominently. The deteriorating health conditions of women in old age have not remained untouched by experts, which is a good thing. Under the influence of patriarchal thinking in the family, women's health does not get much attention. Even in the matter of food and drink, women consider it appropriate to keep themselves behind. Apart from this, women usually do not have direct access to health services due to lack of economic self-reliance. As the self-reliance of women increases, improvement can be expected on this front. But as far as the difference between average age and healthy average age at the global level is concerned, it is also a matter of the direction of the policies and schemes of the government. Not only in various governments, but also in funding for medical research at the global level, the emphasis is on understanding and eliminating the causes of death; then positive results are seen in the form of an increase in the average age. Now the need is to focus on the diseases occurring to the elderly population so that measures can be taken in time to save them from those diseases. Only then will we be able to ensure a long and at the same time a happy and stress free life with good health for our elders.