The Governor appreciated the efficient management 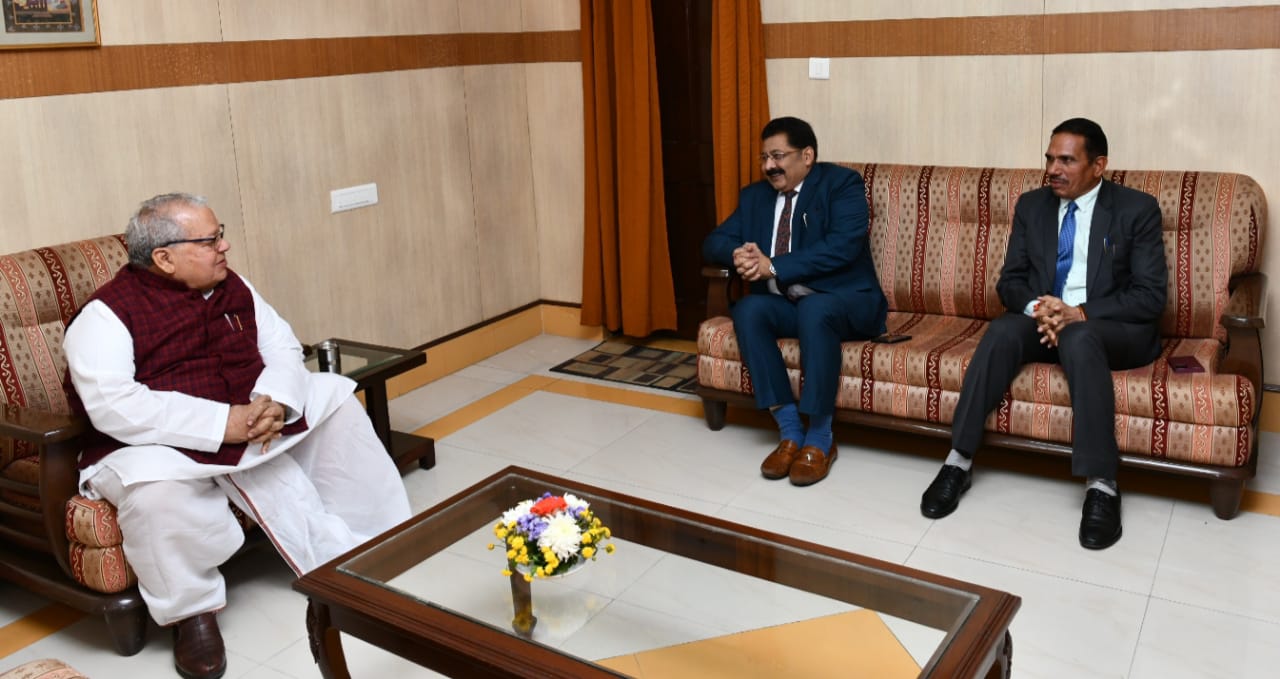 Udaipur: State Governor Kalraj Mishra has appreciated the arrangements made here and patted the administration for the successful organization of the G-20 Sherpa meeting held recently in Udaipur.
During the courtesy meeting of Divisional Commissioner Rajendra Bhatt and District Collector, Tarachand Meena with the Governor on Wednesday, the Governor said that the officers' efficient management and proper arrangements were made during the G-20 Sherpa meetings of the administrative and police department of the district are appreciable. For this, the entire organizational structure deserves congratulations.
It is notable that after getting the chairmanship of G-20, the first event in India was held in Udaipur. The first Sherpa conference was held from December 4 to December 7. The administration had already chalked out a strategy for the best arrangements for the delegates, such as from arrival to departure of foreign guests and coordinating with the Ministry of External Affairs and event management companies. Were carried out. Elaborate arrangements were made for the guests' reception, entertainment, and security. Several meetings were held by the Chief Secretary, G-20 Secretariat New Delhi, the Ministry of External Affairs officials, the division's top officials, and the district regarding the preparations.
The splendid arrangements and the welcome and hospitality accorded to Indian culture and traditional royal ways were also praised by the guests while leaving the city.