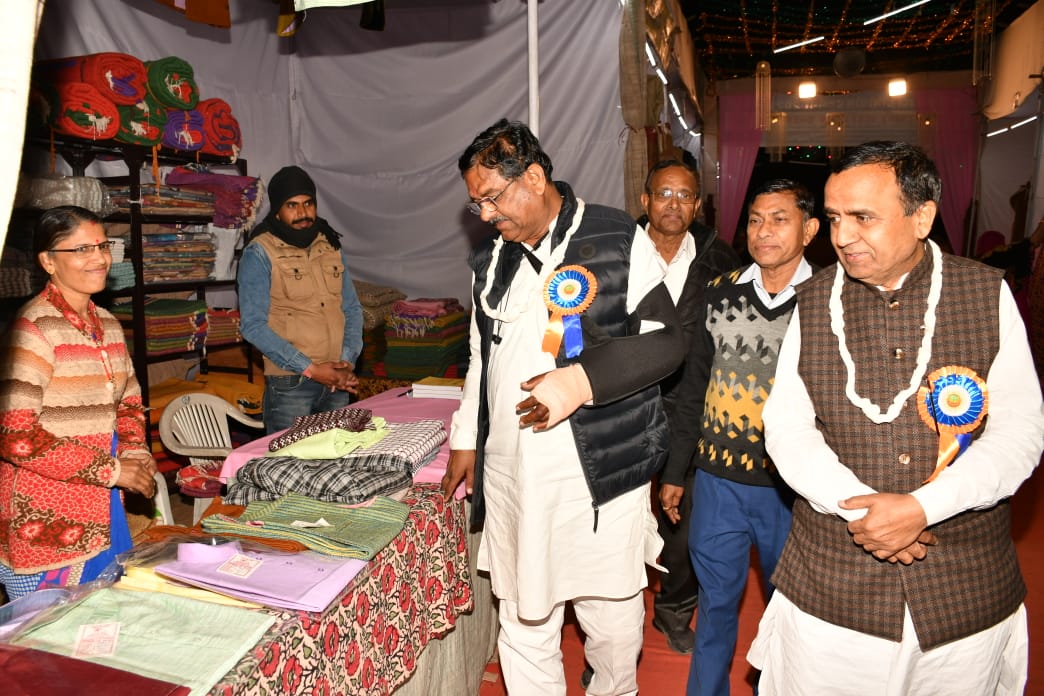 Udaipur: Former MP Raghuveer Singh Meena said that the government should organize more and more Khadi fairs so that people can get oriented towards it. Khadi is such a fabric that wearing it reflects the spirit of nationalism.
He said this while observing the ongoing 17-day Khadi and Village Industries Exhibition at the Town Hall. He said that the subsidy on Khadi also becomes the reason for its attractiveness, which is currently happening as the state government has given a 50 percent discount on Khadi. The government should speed up the promotion of Khadi.
Meena said the central government should promote Khadi at the national level instead of considering it as a garment of any particular party. The central and state governments should make efforts to strengthen the Khadi institutions.
Kataria's statement irresponsible - Leader of the Opposition Gulabchand Kataria had called those who were wearing white clothes dacoits, which Meena called completely irresponsible and said that it does not suit Kataria to make such statements.
The results of Rahul's visit will create history in the days to come- Meena said that when the central government tried to suppress the voice of the opposition at every level, adopted a dictatorial attitude toward the opponent and others through constitutional institutions, bypassing inflation, religious By spreading hysteria, tried to create disharmony among the people, then former Congress President Rahul Gandhi had to start Bharat Jodo Yatra.
Janakrosh Yatra is being taken out, so it is not being discussed anywhere. He said that when the yatra started, people got associated with it. The people of the ruling party came to know that this yatra could create trouble for us, so they tried to stop it by citing Covid, while the party of the ruling party is in Rajasthan. The way Rahul Gandhi is getting people's support everywhere, it seems that the results of this yatra will create history in the times to come.
He said that Rahul showed his feeling towards the nation by not making this yatra an event. During the yatra, he did not talk against any party and tried to connect every class with this yatra. This was also a new experience for Rahul Gandhi. He became aware of the problems of the people.
On this occasion, Laxminarayan Pandya, a member of Rajasthan Scheduled Tribes Counselor, and Gulab Singh Garasia, the initial exhibition coordinator and divisional officer of Khadi Village Industries, were present. Khadi organizations welcomed Meena and Pandya at various stalls.
Garasia said that people thronged the fair on Sunday. Men and women bought clothes keeping in view the winter season. Looking at today's crowd, fair sales are likely to increase significantly.