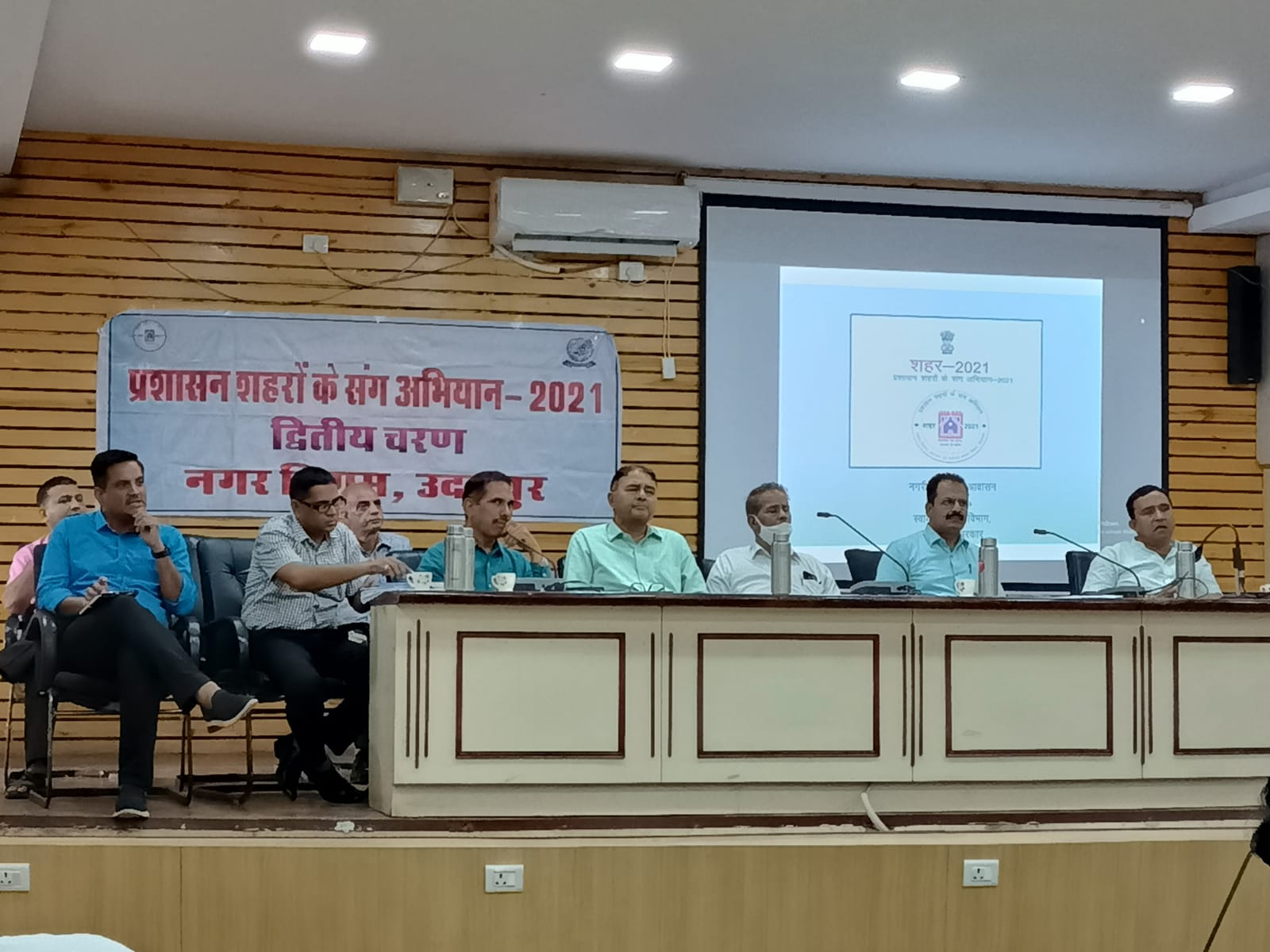 Collector Meena was addressing the trust members and officers while presiding over the general meeting of the Urban Development Trust on Wednesday.

During this, he discussed 52 points in detail about the various development works through the Trust and gave essential instructions. He calmly took factual information from the Trust and departmental officers on every development work and approved them after confirming the overall public interest.

Plantation should be done on the lines of Chandigarh:

In the meeting, the entire focus of Collector Meena was on the quality of development works, while he said that why the white line is not visible on the road built by us for more than 15 days? He directed to get the quality white line done on the National Highway. This discussion also discussed making another hockey astroturf in the Khel Village. The Collector was required to get the saplings planted on the hills of Khelgaon at the earliest and said that flowering plants of local species should be grown like Chandigarh only during monsoon. The Collector instructed the Transport Officer to make a plan to make Rani Road free from heavy traffic. Along with this, instructions were also given for restoring the auditorium and library of the Information Center and improving the damaged pedestals of the statues of great personalities in the city.

The city will be clean.

Trust Secretary Shri Balmukund Asawa informed that after deliberations in the meeting, door-to-door garbage collection in different areas of the Trust, cleaning of roads and drains of Trust converted residential colonies, and cleaning of main highways and rainy drains of Trust's jurisdiction will be done regularly. MoU to be done through Municipal Corporation, Udaipur. Administrative and financial sanction of Rs. 4 crores was issued after execution. Under this, Rs 4 crore will be provided by the Trust to the Municipal Corporation for one year, and regular cleaning of 167 colonies, roads, drains, etc., will be done by the Corporation.

Decisions taken on these subjects:

During the meeting, technical approval of Rs 2686.43 lakh was given on various renovation and beautification works in the trust area. Under this, technical support of Rs. 890.43 lakh was given for the construction of a revenue drain upstream from Dhikli pond, Rs. 596 lakh for the renovation and beautification of Nehru Garden located in Fatehsagar lake, and Rs. 1200 lakh for the development of Rani Road as a model road.

In the meeting, in compliance with the Chief Minister's budget announcement year 2022-23, for construction of various government offices/institutions such as the Chief Medical and Health Officer's office, Cyber ​​Police Station, Primary Health Center Daroli, Village Service Cooperative Society for construction of godowns of Gudli, Vaidyanath Mahadev Great Agriculture MULTIPURPOSE COOPERATIVE SOCIETY LTD. For the construction of Sisarma's godown and building, Rehabilitation Home Scheme and free land allotment proceedings for the Savitri Bai Phule reading room were confirmed. Similarly, it was decided to allow 2,50,000 square feet of land for a sports stadium in Girwa block to Regional Sports Training Center at the reserve rate.

In the meeting, Secretary Balmukund Asawa, SE K.R. Meena, and Vipin Jain, senior city planner Arvind Singh Kanawat, along with other officers of the Trust, were present.