Lord Mahavira : A Symbol of SelfRealization 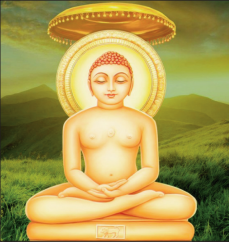