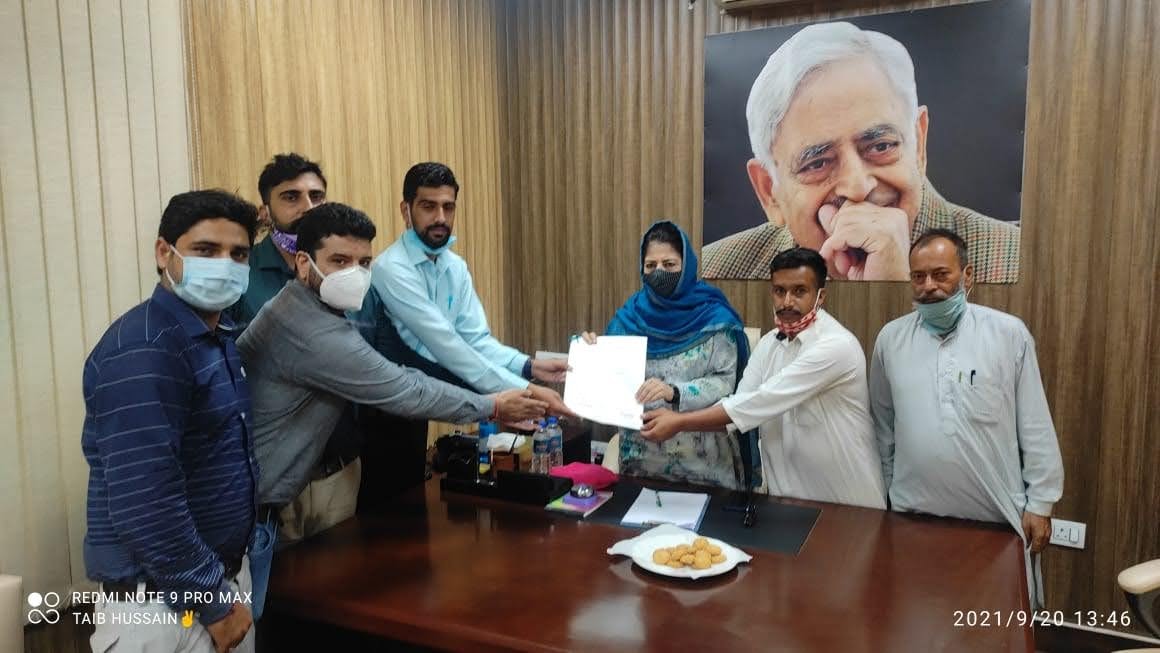 Jammu: A delegation of Tractors Union, Jammu met former chief minister Mehbooba Mufti and submitted a memorandum regarding ban on mining. The delegation was led by PartapSinghJamwal(PoliticalActivist)andMohd.Arif(Chairman, Tractor Union Jammu) along with Bhanu Partap Singh Goria (President Dogra Youth). During the meet, Partap Singh Jamwal highlighted the issue of mining in front of former CM. He said the ban has been like a dark cloud hovering over Jammu and bringing lot of miseries to the people.Jamwal said the ban on mining has largely affected daily livelihood of those who are dependent on mining activities. “If this ban continues, the affected families will die of starvation as it has affected everyone from labourers and mine owners to transporters,” he maintained adding that there is a need to adopt measures to safeguard the environmentbutthatneedsproperplansandassessmentofground realities before imposing the ban. Partap had claimed that thousands of labourers and their families engaged in mining havebeenseverelyaffectedby theban.Theconstructionmaterial could only be supplied if the same is mined from the Tawi and other Khad areas. He alleged that the mining is also going on during night hours and construction material is extracted rampantly from Tawi beds and khad despite ban on mining as claimed by the Geology and Mining Department. Mohd. Arif and Bhanu Partap Goria also briefed in this regard that tractor, trailer owners are continuously protesting since the past many years to urge the authorities to come to their rescue as many have been rendered jobless. They alleged that the mining and extraction has always been controlled by a powerful lobby with the influence of police, Geology & Mining department and strong political clout. Assuring to fight the issue till the end, Jamwal said various delegation of tractor union has already knocked the doors of UT administration besides many Jammu based different political parties are against this practice.