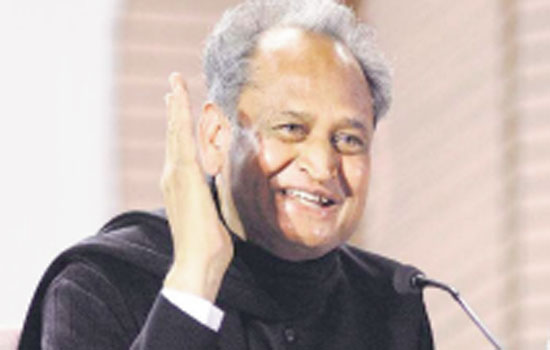 On December 17, 2018 when Ashok Gehlot took the oath as Chief Minister of Rajasthan for the third time in presenceofRahulGandhiand many otherrenowned leaders in front of Albert Hall at Ramniwasgarden,Jaipur,then no body thought that in his this term he will have to face a new challenge every day. But, on completion of the journey of thousand days of his current tenurerecently,hefacedevery challenge successfully. Giving priority over Sachin Pilot, the party high command entrusted responsibility of RajasthantoGehlot,butbefore and after becoming chief minister problems always continued to crop up.Pilot alongwith his supporters rebelledagainst his own party and put the government in crisis, but Gehlot was successful in coming out of the wood with his political skills and Sachin had to lose both the deputy chief minister andpresidentofstatecongress president posts. Prior to that like his previous term, Gehlot got hold of all six legislatures of Bahujan Samajvadi Party (BSP) and most of the elected 13 independentlegislatures inhis fold and made his grip more stronger on the government. NowSachinis refrainingagain togetparticipationinpowerand organization,butnotsuccessful against Gehlot. Gehlot has made it clear that he is in favour of extension of power andorganizationasdesiredby high command and rebellious legislaturesoftheparty should not be given preference over loyal legislatures. Now Pilot supportersexpectinterference from the high command. Besides political challenges, Gehlot has won the hearts of people of the state by facing the challenge of Covid epidemic and made many innovations keeping the state in front line of the country in Covid management. Decisions of Gehlot have been in the limelight throughout the country and even the prime minister has lauded it. Besides this, Gehlot never let thepaceofdevelopmentofthe state impede. Along with the ambitious project of Barmer refinery,hereviewedfromtime to time other developmental worksandimplementedhealth insuranceforrupees fivelakhs for every family under first of its kind of scheme in countryChief Minister Chiranjive Scheme, subsidized electricity to farmers- a public interest schemes and regularly monitored other public interest schemes. During the last one year and nine months Gehlot arrangedvirtualmeetingsevery day with each and every segmentuninterrupted.Tillnowhe has arranged more than four hundred such video conferencing. Despite being himself infectedduringthecoronaperiod and quarantined at his home, got operated for heart in the biggest government Sawai Mansingh Hospital like a common man, he was concerned for the general massesanddidnotletanyworkhalted up. As a consequence, today 65 percent of his 501 proclamationdinhispartymanifesto. Gehlot is considered as a politicalwizardandaluckyperson and many big opponents conceded defeat before him. For this reason only he remainedsuccessful inhis currentterminassemblybyeelections,localbodyelections likemunicipal boards, councils, corporations and most of the d i s tri c t c o u n c i l s (Zi l a Parishads),PanchayatSamitis andSarpanchelections.Gehlot hasalwaysbeensuccessful in defeating his rivals. Now it is to be seenwhichway the political wind blows.