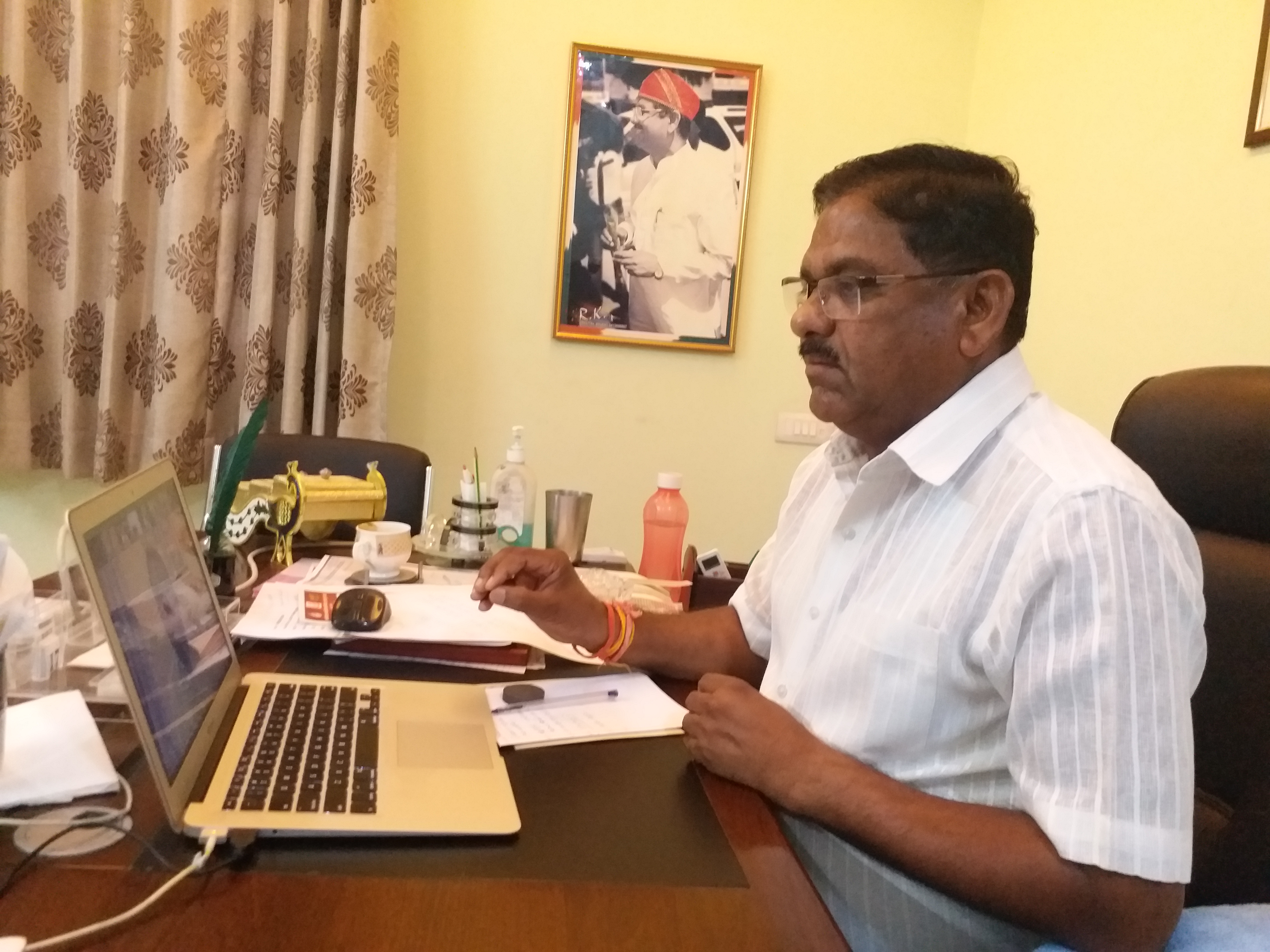 Udaipur:Former MP and CWC member Raghuveer Singh Meena attended the meeting of the Congress Working Committee from Udaipur through VC. The meeting was attended by Congress President Sonia Gandhi, former Prime Minister Manmohan Singh, Rahul Gandhi, Chief Minister Ashok Gehlot, and all the members and presidents of advance organizations. The meeting discussed in detail the second phase of the corona epidemic. Congress President Sonia Gandhi raised the demand raised by the Congress during the last lockdown, and again raised the Central Government to give Rs. 6 thousand to each low-income family and demanded that all medicines and equipment related to Corona be exempted from GST. CWC member and former Udaipur MP Raghuveer Singh Meena, who attended the meeting from Udaipur, while addressing the meeting said that last year when Corona was gathering roots in India, only 350 cases were locked down, the plate has clapped, diyas Lighted the candle, God relied on the workers in the heat on the streets and this time the second round of Corona has taken a frightening and dangerous form, but the Prime Minister is not worried. There are reports of more than one and a half million people getting infected in a single day. Meena said that last time the entire blame for spreading the Corona was laid on the Tablighi promulgation in Delhi, but this time the Tirath Singh Rawat government of Uttarakhand has failed to control the crowd in Kumbh, and the Corona of over one thousand saints has been infected The news is coming. Meena suggested before the committee that the electoral trains need to be closed given the Corona explosion, and if the Election Commission does not ban it or a decision is taken in the all-party meeting, then the Congress itself should first take its electoral initiative. The trains should be closed, which will help prevent Corona from spreading, and a positive message will be sent to the public, and the human race will be saved. Meena told Congress President Sonia Gandhi and members about the efforts being made by Rajasthan Chief Minister Ashok Gehlot to deal with the second wave of Corona, and said that Gehlot, through public representatives, as well as people from social, religious areas, through VC They are moving ahead of everyone's opinion after the meeting. Meena also praised Gehlot's innovative attempt to broadcast live meetings on social media by the VC and said that this would increase public confidence in the government.