EARNS 1418.5 CRORE AS FREIGHT EARNINGS DURING THE PERIOD 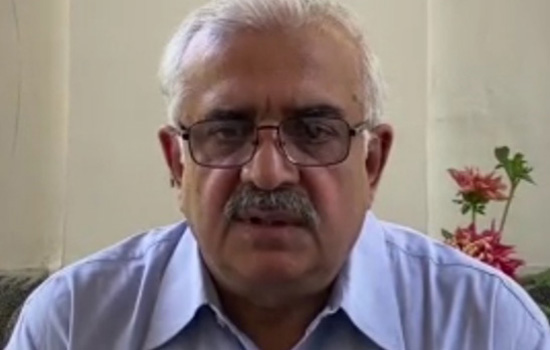 As the lockdown came into effect in India due to the coronavirus pandemic, all passenger train operations were stalled from midnight of 22nd March 20. Focus now shifted to the Goods trains to maintain a steady supply of commodities which primarily included food grains to feed 80 crore PDS beneficiaries in the country, sugar, fertilizers, cement, petroleum products, small and large containers and medical supplies.

Sh. Rajiv Chaudhry, General Manager Northern & North Central Railways shared the information that the Northern Railway has been running 5000 Tonne Jumbo trains from its various freight loading terminals spread across the states of Punjab and Haryana. This is to maintain a steady supply chain to feed 80 crore NFSA beneficiaries through continuous evacuation of mainly food grains and sugar from the northern states to different regions of the country.

A total of 188 long haul 5000 Tonne Jumbo “Annapurna” trains have been dispatched to 13 states from 1st April to 8th June 2020, with highest number to Karnataka-45.5, Bihar- 38.5 and Maharashtra-34.  “Antodaya” Trains are Time tabled goods trains for carrying food grain. 17 such trains were run by Northern Railway during the 70 day period. Also a new closed circuit rake was introduced named “Amba”. 11 such close circuit jumbo, covered wagon rake formations were dispatched to different destinations during the period. Closed circuits ensure timely availability of rakes for loading and the periodic repair/overhauling schedules of the wagons is easily maintained.

The heavy haulage capacity Jumbo trains, Annapurna and Antodaya are formed by combining two full traditional rakes of the goods trains. These trains are normally hauled by Electric Locomotives, one each for both formations. The advantage of these serpentine trains is that a large quantity of goods can be moved at the same time, haulage charges due to the use of electric locomotives are much cheaper and less harmful to the environment. The deployment of crew is also less in this case.

In spite of the stiff challenges faced by the loading depots due to the lockdown in terms of availability of wagons, timely dispatch of food grain rakes, railway staff on duty and labour for loading and unloading, NR could load a record number of rakes on several days. During the period 51 rakes were loaded on 9th April, 53 on 17th April and 54 on 22nd April 2020. The total loading of commodities over NR during the 70 day period is 94 lakh tonnes. The total earning from freight during the time period has been 1418.5 Crore. This is an improvement of almost 14 percent as compared to the same period of last year.

The General Manager also added that Indian Railways, the largest passenger transportation in the country has been an active participant in the country’s fight against the coronavirus. Special long distance goods and time tabled Parcel Cargo express trains will continue to run from different regions of the North India to maintain the supply of food grains, items of daily use, essential medicines and equipment all across India reaching out to the most remote places.