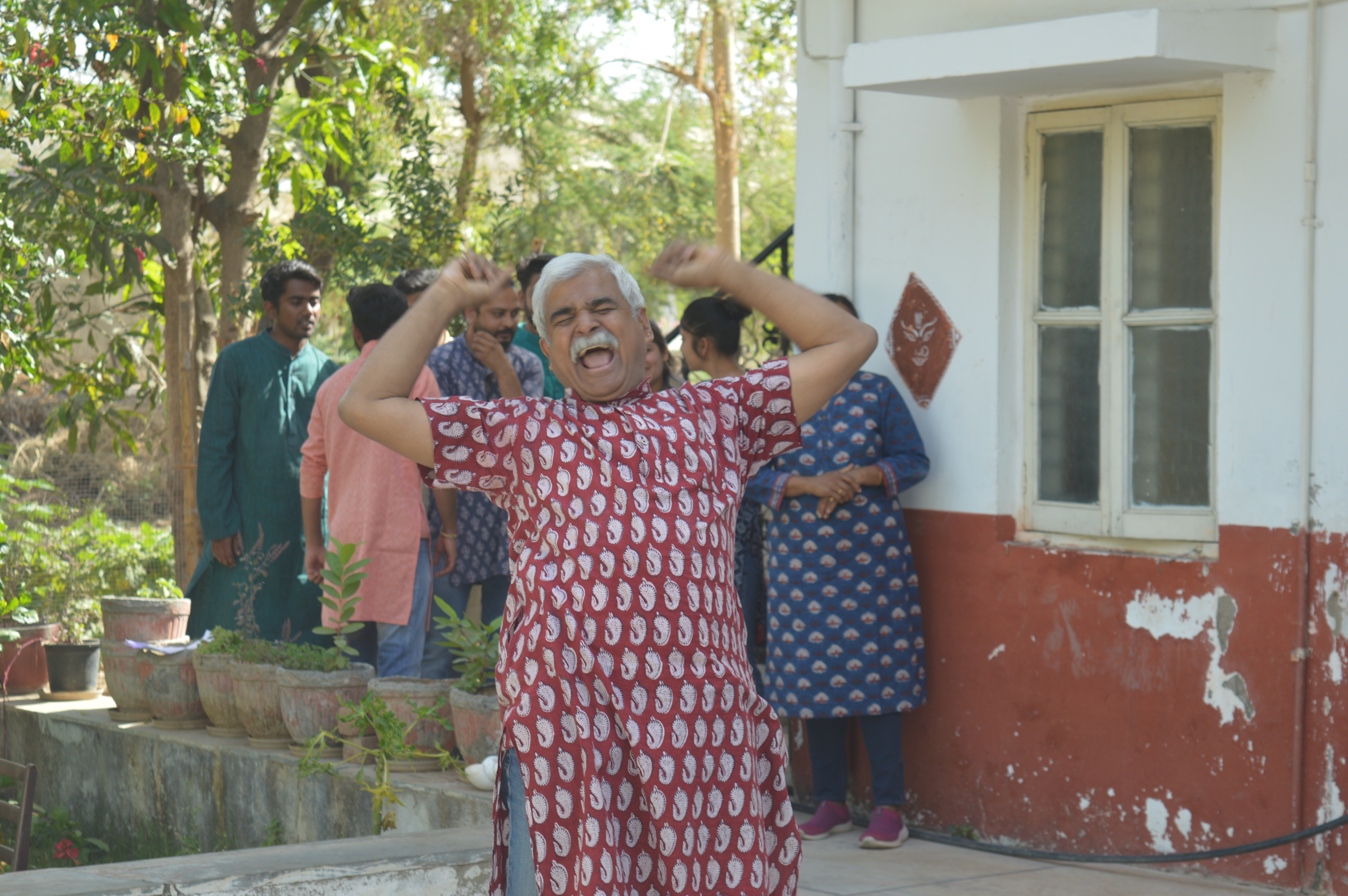 A theater act was performed on the campus of Jatan Sansthan on 27 March to commemorate World Theater Day. Organized under the joint auspices of Martand Foundation and Jatan Sansthan, the play "Hum Nahi Sudharange", written and directed by Vilas Janave. The play was staged for the limited audience following State CORONA guidelines.

Vilas Janve makes the play lively and entertaining with a touch of humor and sharpening it under his fine direction. In no time, the play forms a deeper connection with the audience. While showing the irresponsible behavior of people at large, the Play ‘Hum Naheen Sudharenge’( We shall never reformed) dealt with various funny situations evoking the laughter of the audience. This play imbibed a series of scenes like disobeying instructions on Covid-19, extensive use of mobiles, wilfully avoiding the use of helmets for sake of hairstyle, misuse of Dustbins and Water tapes placed at public places, Dancing vigorously in the middle of roads with high volume Band causing noise pollution and daring to stop the path of the ambulance. The plays exposed the insensitivity of today’s society and encouraged the common people to improve and become good citizens. The eerie dialogues and funny songs captivated the audience till the final curtain call.