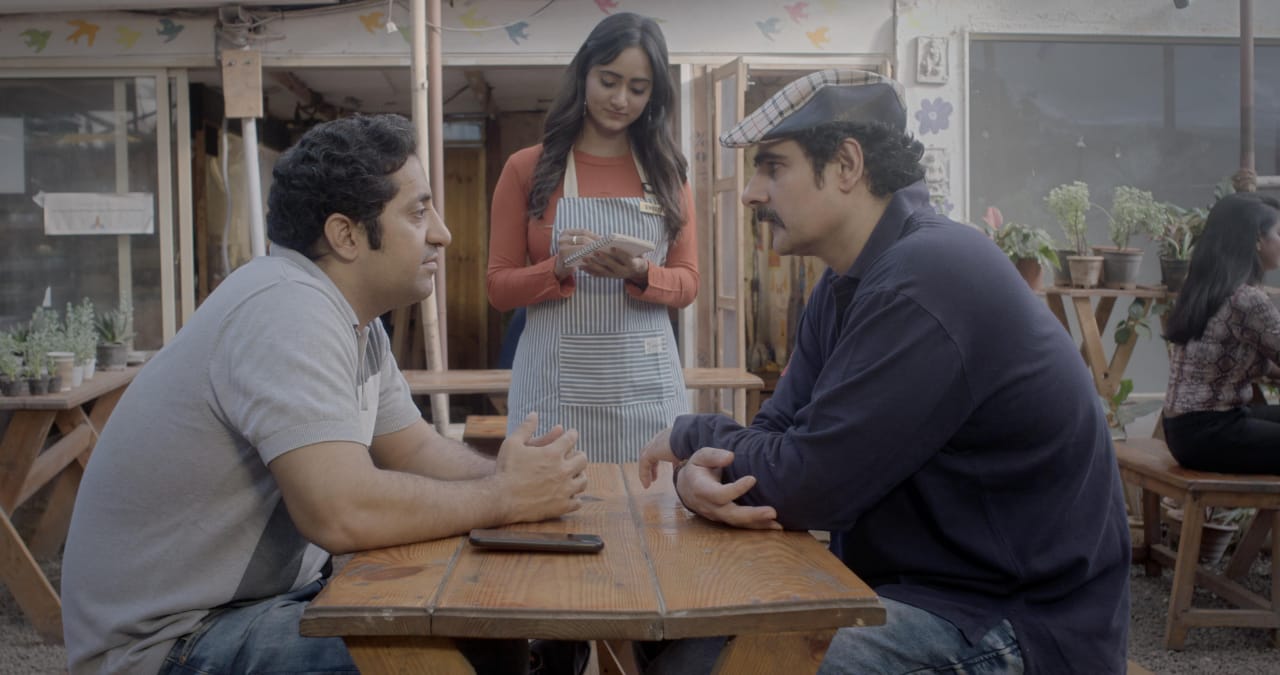 HAPPY BIRTHDAY TO JOY MUKERJI - SPECIAL COVERAGE
India's first chocolate romantic hero, Joy Mukerji had mesmerized the nation with his unparalleled style and performances in his musical Bollywood movies. The legacy continues as his eldest son Monjoy Joy Mukerji is entertaining us with his movies as a Writer and Director. Our Special Correspondent, S. K. De had an opportunity to share some precious moments with him in a candid chat. Here are a few excerpts...
How and when did you feel that a short film like Footnotes should be made for the global audience?
During the lockdown, some of us were confined to our houses in solitude. I felt the same as any other person being in solitude. The only sound that you can hear are the foley sounds - of doors closing, footsteps of people outside your house, car honks, sound of the fan or T.V. living in big cities of the world ; is like living on your own . These cities have a tendency to isolate people in solitude. That's where I felt this story must be told. These two characters in this short film came in my mind, I could visualize a beautiful romantic story between the two characters.
You seem to be inclined towards romanticism in our lives and is Footnotes one such tale ?
Yes, I am very much inclined to romanticism. I like to write on human emotions which is constantly changing like nature. Writing a story from your heart is difficult and difficult is closer to the truth.
How did you decide whom to cast in this short film ?
Vikram Kochhar and I have worked together in Hai Apna Dil Toh Awara ( HADTA ) and this was our second voyage together. At one point of time, I wanted to let go off this story but due to Vikram's insistence and perseverance, I finally decided to direct this short film. I had also loved the girl's pictures when I had seen them and I felt that Prity Singhaniya was apt for this role.
How does it feel as a Director when your work is recognised globally, as your film has been nominated for various International Film Festivals and even won at few of them as well ?
Incredible, it is always a pleasure when people all over the world appreciate your kind of filmmaking. Fortunately, I have been able to live up to the expectations of the audience.
Do you have any musical connotations in Footnotes ?
Yes, the background score has been captivatingly done by Hyacinth D' Souza. There are certain piano sequences which add up to the charm.
What makes Footnotes unique and enchanting ?
The essence of capturing true emotions without words makes it unique and it's enchanting because love is a mystery. By the time you solve it, either you make it or it remains a figment of your imagination.