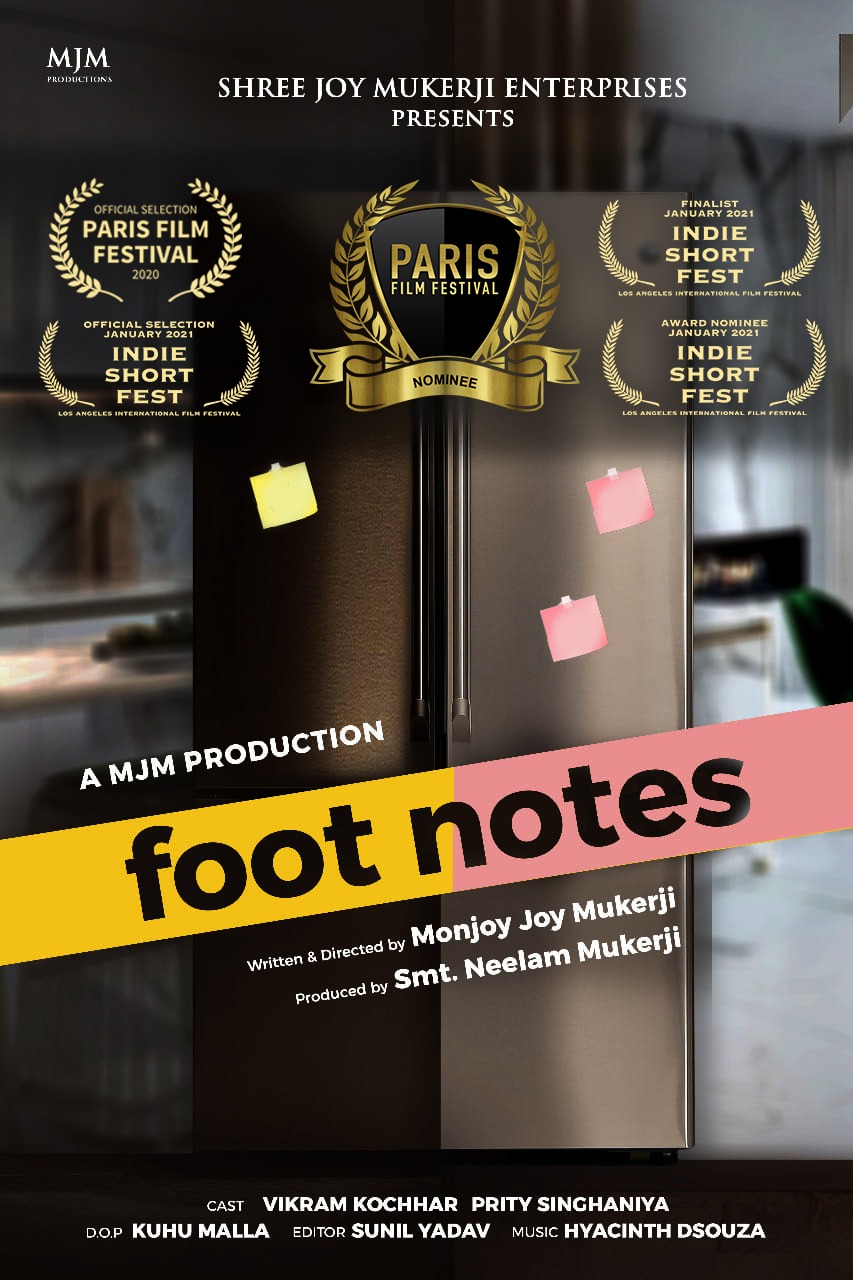 The positive aspect of the lockdown is that it has been fruitful for self discovery and introspection during solitude. The short film Footnotes, shot during the lockdown phase, has effortlessly captured the human emotions in a manner that leaves you gasping for more ! The tender short film explores how a beautiful girl changes the life of a man who was sandwiched in the routine grind of life. The consequential romantic saga has been weaved through subtle messages communicated in a tangible form which adds to the soul of the movie rather than the use of mobile technology.

The characters have been brought to life vividly under the thoughtful direction of the Writer and Director, Monjoy Joy Mukerji who has sprinkled it with the right concoction of spice and salt wherever required. It’s commendable that the male protagonist, Vikram Kochhar has lived his character like a dream which makes his performance a delight to watch. The female protagonist, Prity Singhaniya is a feast for the eyes as she has incredible screen presence. This unconventional love story which hardly has any dialogues is like a breath of fresh air, at a time where writers and directors are grappling with a structure of a good script. The editing of this short film by Sunil Yadav is taut and he has done a decent job. The original background music soundtrack by Hyacinth D’Souza is beyond words and is melody personified.

Footnotes has been winning laurels worldwide. Footnotes was nominated for the coveted Paris Film Festival 2021 for Best Original Score by Hyacinth D'Souza. At the recent Calcutta International Cult Film Festival, Footnotes has won awards in five categories. The cast and crew of Footnotes is optimistic about winning many more accolades worldwide.

Overall, Footnotes is a short film which lingers in your mind and is definitely worth a watch and I give it 3.5 Stars for its entertainment quotient.