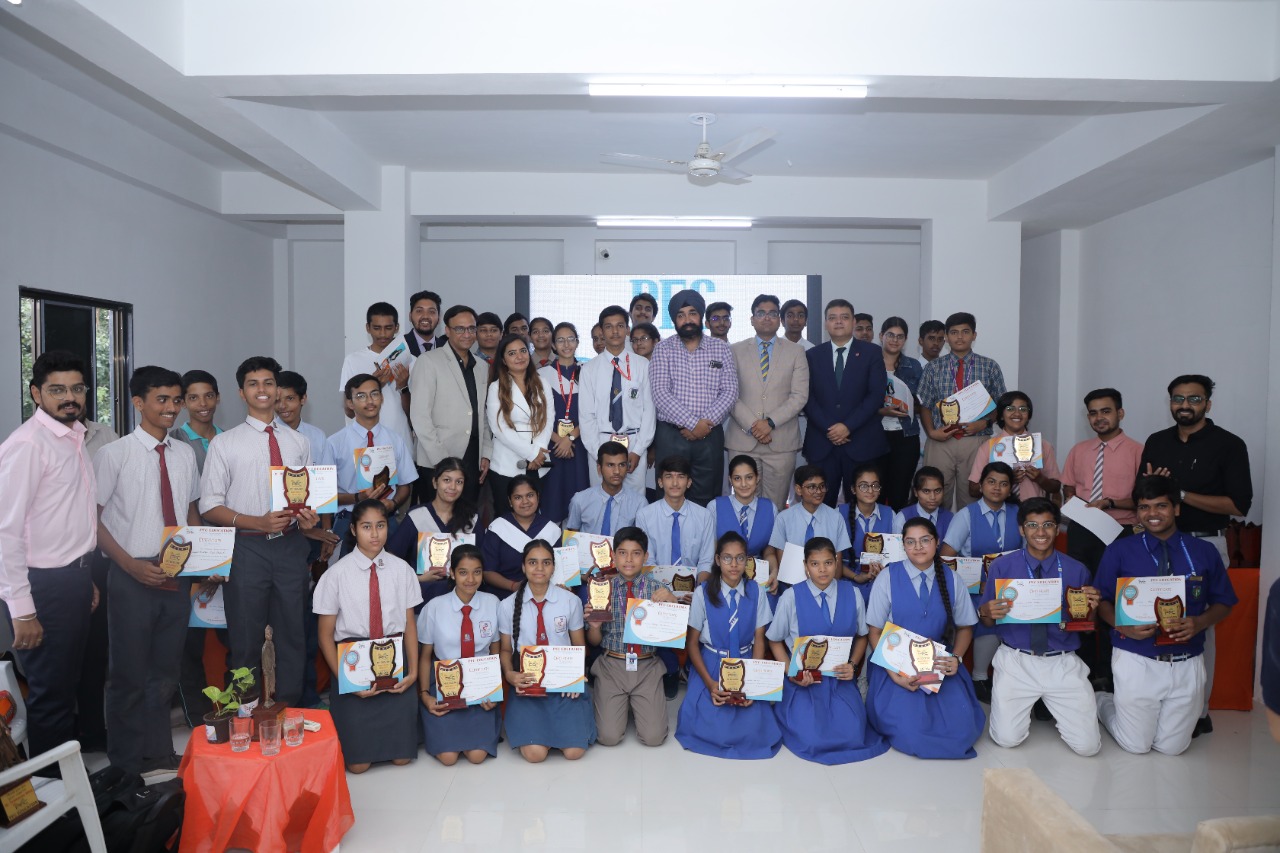 Udaipur. The 4th Young Achievers Award (4.0) organized by PFC was completed. In which more than 250 students participated. The chief guest in this award ceremony was ACCA North and East India Head Prabhanshu Mittal, and Rohan Rajvanshi first started this Felicitation Ceremony by lighting the lamp.
Director of PFC Meenakshi Bherwani said that this function was organized in two parts: various schools and their students were honored with their teachers in the first part, and other talents were observed in the second part.
Students from Mahavir Academy, DPS, St. Paul, Seedling, Rockwoods, The Study, St. Anthony, and CPS participated in the function. In this Felicitation Ceremony, students of 9th, 10th, 11th, and 12th, graduates, and students who achieved achievements at state, national and international levels were honored.
The students showed a lot of interest in this function and aimed to study with diligence in the future. 1,13,000 rupees were given to the students who got more than 90%, and various scholarship vouchers were given to others.
Director of PFC Meenakshi Bherwani said that in this function, the chief guest apprised everyone about ACCA and its job profile and job vacancies available in small towns in India in which students showed great interest.