Unprecedented Attack on Education System of the Country- AIFUCTO 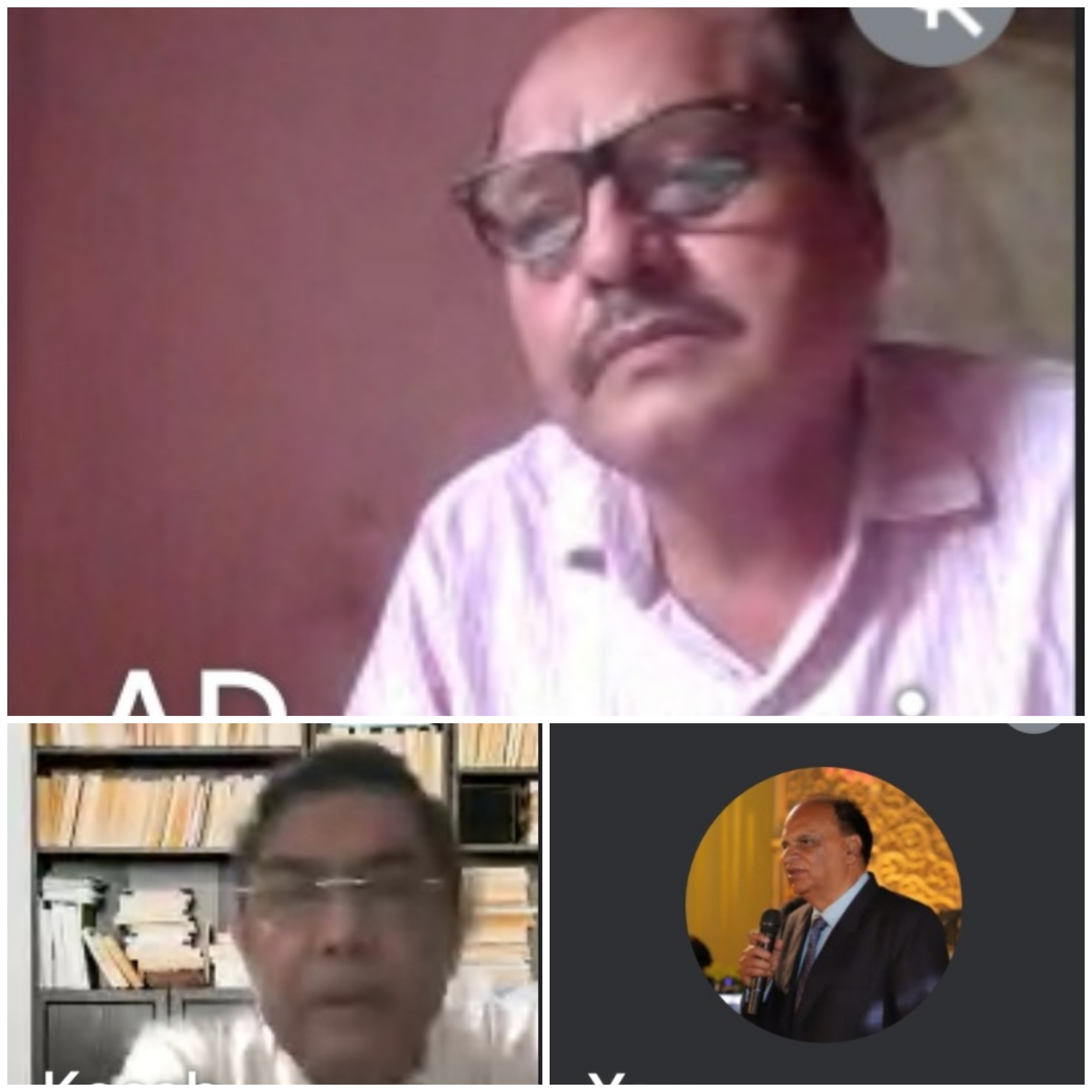 A virtual meeting of the National Executive Committee of All India Federation of University and College Teachers Organisation (AIFUCTO) was held on Sunday. Teachers from all the states participated while Dr.RaghurajParihar, Zonal Secretary from Kota raised the issues of university and college teachers of Rajasthan. He demanded that college teachers be paid Senior Selection Grades and Pay Band-4 from due dates, rules regarding Professorship be simplified and UGC Regulation 2018 be implemented immediately. He also raised the issue of Sanskrit College teachers of the state who have yet to receive the Seventh Pay Commission benefits. He said that around 75 percent of teachers’ posts have been lying vacant in Sanskrit Colleges as no fresh recruitments have been made for the last sixteen years.Dr. Sanjay Bhargava, Principal Govt, Arts College, Kota and Sanjay Chawla of Sanskrit College were also present.
Prof.Kesab Bhattacharya, Chairman talked of the unprecedented attack on the education system of the country. He said that the central government has not been listening to the concerns of the educationists and other stakeholders. The hurried implementation of the New Education Policy is nothing but privatisation and corporatization of education. He implored all the teachers to actively participate in the Save India movement to be organised on the 9th August. The participants said that UGC has directed all the colleges to implement Blended mode of teaching in which 40% of the syllabus is to be taught on-line. This is being made mandatory without allocating funds to develop the required infrastructure. Prof. Tahir of Mumbai proposed that on-line education from KG to PG should be made free. The representatives from Gujarat and UP said that Private Universities Act has been passed in their states, according to which all the aided colleges have been disaffiliated from their respective government universities and have been made fully private. Prof. Ravi Velluchemi was happy that in their state of Tamil Nadu undemocratic dictates of the UGC are not being implemented. Prof. AP Mishra of MP said that the dreams of NEP cannot be realised without filling the large number of vacancies in the colleges and universities. Prof.Arun Kumar, General Secretary took note of all the proposals and said that they would be sent to authorities concerned for necessary action. He assured Dr.Parihar that he would write to the Chief Minister of Rajasthan to look into the demands of College Education Rajasthan and Sanskrit Colleges.