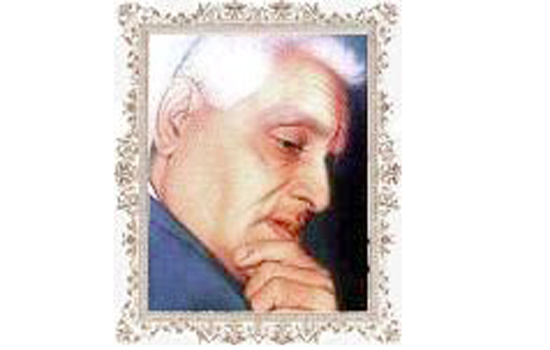 Special tribute to Manishi Janardan Rai Nagar on his 109th birth anniversary
Manishi Pdt. Janardan Rai Nagar was born on June 16, 1911. He lived in pre independent India and had lessons in history, culture and education first hand through his experience of the British rule as well as feudal rule in the erstwhile state of Mewar. He got his higher education at Varanasi and had the privilege of being in the learned company of eminent writers like Munshi Premchand and Jainendra Kumar.
When he returned from Varanasi, he realized that the fight for freedom needed  to be accompanied by a massive effort to educate the masses. He had before him the glorious example of Madan Mohan Malviya who had successfully got built a university with public support. He was not a very rich man.
He had known state funded educational institutes also. But he somehow developed the idea that besides public funded education supported by the state, there was a need to develop a socially supported system of education which could cater to the needs of not just children but also the adults who constituted a large part of Indian population and were all voters who decided the fate of India through their votes.
This thought motivated him to begin Rajasthan Vidyapeeth which was an institution of social education. Many such institutions  had came into being during  pre independence  days all over the country including Gujarat Vidyapeeth, Banasthali Vidyapeeth, Aligarh Muslim University, Jamia Millia Islamia etc. Interestingly if one looks at the present scenario, these institutions have played an important role in preserving democracy and fighting for the right of dissent.
Unfortunately the social and state support to such institutions declined and only two types of institutions remained namely state funded public institutions and privately owned and managed institutions. The interest groups running privately owned institutions became so powerful that they succeeded in getting socially funded really public institutions isolated and replaced them.
The state institutions became weak because the governments started withdrawing from their responsibilities of funding education. Right from Kothari Commission 1968 A.D. to NPE 1986 A.D. and advisory bodies constituted later recommended allocation of six percent of GDP to education.
But his never got into practice and after the notorious Birla –Ambani Commission  2000 A.D.report the massive spree of privatization and commercialization of education began. Ironically, we as a nation , kept on expecting that thing from private institutions which only social institutions could provide. Privately owned institutions are businesses and not missionary activities.
In this background Pdt. Janardan Rai Nagar’s thoughts on education become relevant once again. He was elected as a member of Legislative Assembly in 1957 from Mavli constituency from Congress party. In 1958 he presented a private bill in the assembly called Rajasthan Samaj Shikshan Board Bill which was later passed by the assembly.
But unfortunately, it never got implemented by the governments that followed. Pdt. Nagar was very much pained to see this indifference of the governments and in one of his addresses he said, “ Unfortunately the Act lies on the statue and government has forgotten it and our Rajasthan Assembly has lost its struggle to an official prejudice. This official prejudice is the very blindness of the government and an act of disloyalty to the Rajasthan’s august house of the people’s representatives.”
Pdt. Nagar had great faith in the people and was fully convinced that education which caters only to the selected few in elite class will never strengthen democracy.
He was for an education system which will enlighten the masses and empower them to help build the nation. He said in the same speech, “The people on this earth are the basic power and consciousness for all purposes and interests and the ultimate source of vitality and strength.
The people are the Ram-Krishna consciousness-the power that makes, unmakes and mars.”
In the bill that he presented he said that we had been worshipping idols of stone, we have been worshipping emperors but now that a new God has emerged in democracy – the people, it is time for us to worship this new God.
He emphatically said that all efforts should be made to educate all sections of society-men, women, children, adults, workers and even the elderly ones. He knew that real conscientious citizenry could develop only with  a holistic education.
In his life time he practiced what he said and made Rajasthan Vidyapeeth a democratic institution in which every worker had the right to express his/her opinion. Today that spirit is lost in a feudal , dictatorial regime. An ideal institution is passing through a dark phase. One can only pray and hope that good sense will prevail and the society will realize the importance of the thought s pf Pdt. Nagar’s vision of education and society.
- Dr.H.S.Chandalia