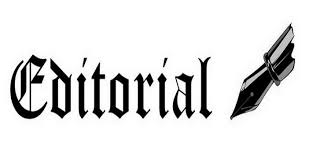 The mayhem and the riots in the national capital are unfortunate and uncalled for. The riots on the base of religion are unacceptable, at least in this era of time. People from all walks and sections of life condemn it and do not want any havoc.And when such a situation unfolds in the national capital, it sends waves across the country. The national capital and the state capitals must be ideally governed so that the rest of the country can learn and follow. Today, we have a week behind us, which should best be forgotten. In an India which is eyeing to beat the world and achieve new records in the space through its ambitious programs, incidences like rioting and raping look too pity and shameful. Those who incite such riotsorthosewhofuel itfurther are the people who hate India’s growth. They want the world to see that India is yet to recover from religious acrimony, which actually is false propaganda.The people of allreligions have always learned to live together like a family. And this unique fabric of the country makes India what it is. On the ground and, you will see that people of all cast and religions live around you. And you are and have been comfortable with that always.The only problem is the rumors. Andthat’swhathasbecomeacommonthingacross thefanatical and radical groups who do not want India’s progress. Be it police or responsible citizens, all ask for just one help from the citizens – do not share rumors in the form of social media forwards.You never know how these are fabricated, and now withthehelpofartificial intelligence,alot canbeedited,including facial expressions and tone of the voice. Of course, an appeal of peace can be circulated as a call for war. You don’t need to be an expert to find if the shared content is authentic or not. You just need to stop and delete it right in your smartphone if it contains any kind of hate or bigotry. It may or may not be correct but if you share it further, it can reach another set of thousands of people. The chain only stops at the kind of devastation we are witnessing in the national capital. Its high time to take charge and not act as a puppet of hate mongers. Those who want to protest will take anyway but violence. Violence surely does not solve the problem, nor does it convey the message, but yes, it leaves your soul with scars of regret. In a city like Delhi, where we have a high literacy rate, such incidences put a huge question mark. Delhi hits the International media instantly as it is the helm of the world’s biggest democracy. Let’s act by stopping the hate where it is.

यह खबर निम्न श्रेणियों पर भी है: Editorial
Your Comments ! Share Your Openion
More News for You !
- Combating Corona
- Stop that hate, now
- The Payback Time
- Too much social?
- Work on Your Strength!
- Gain and Loss from a Crime!
- New Year Resolution
- Share Humor not Rumors!
- The Magic of Giving
- Let's Fight Back!
- That Fractured Mandate
- Will leave you in blues.....