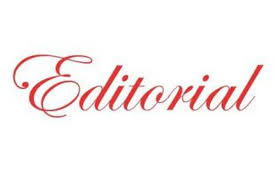 As January bids adieu for a year, we are reaching closer to the general elections of 2019. All political parties are in action and are putting all their might to win or retain Lok Sabha seats. It’s high time the voters too start shifting gears. After all you, the voter must deliver a feedback on the present government or believe in the new candidates, and cast the vote with accountability and authority.
Generally, the voting is a mind-game, and it runs between the leaders and voters. But, if you think with some compassion towards the country, you will need to let the heart pitch in. The idea of supporting anyone blindly can be the real bad one. You must understand that only good and honest people can help us. No matter what party they come from, we need only sensible people in the parliament. And that is possible only when you judge fairly. Remember, it’s more about the future of your own kids.
When you award a contract of serving your vehicle, you carefully choose a mechanic and only trust on the expert. Imagine if you cast your vote without any consideration and leave an entire city to a person who is just not competent enough. The country is much bigger than your vehicle, and any fault will only come to haunt your children, if not you in the present.
That brings us to a very important factor which is voting itself. When we hear that there was 70% voting in any election, we know that there are 30% people who are either not sensible enough or just do not believe in the democracy. This 30 % are those who have no moral right to complain about any issue. Ensure you plan and vote and vote to the correct contestant without any bias of caste, creed, or community. When a good law comes into force, it does not discriminate between who voted to the people in government and who did not. Likewise, a failed public representative lets everyone down irrespective of who voted in their favor and who did not.
One really weird but prevalent thinking stays with some people that if the government is formed by the party for which they did not vote, the government does not belong to them. Voting is just a way to ascertain and find a more popular representative to form the government. Once a government is formed, it’s the duty of every minister to cater to the needs of every voter. Similarly, the voter must respect the constitutional position that the elected representative assumes. This is why, your decision to vote and to the correct person affects you big time. The beauty of secret ballot ensures that you can vote for any candidate you like and still remain unidentified. This power saves you from any enmity from anyone. This is why, you are always free to pick the best in the interest of the country.
So, begin your homework as the country needs you. Be important and pick the best.