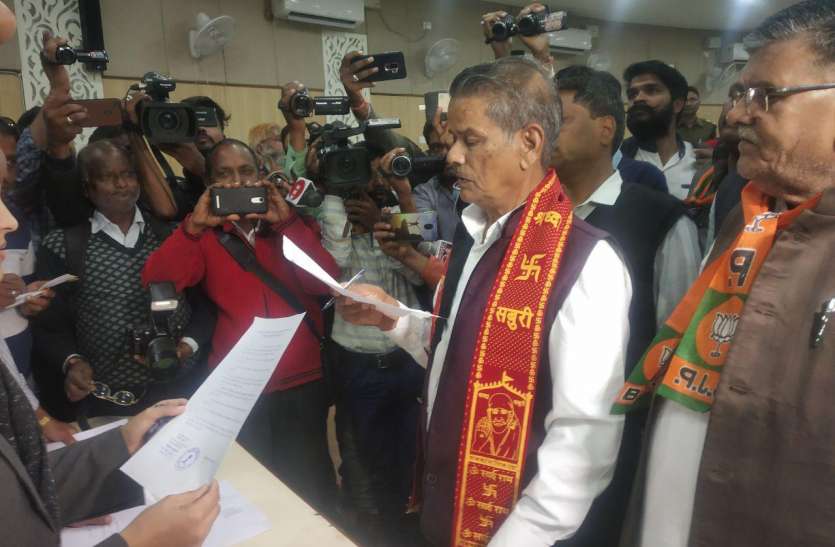 It augurs well for lakecity as now the newMayorofMunicipalCorporationG.S. Tank is an experienced person who had worked as chairman, Rajasthan Public ServiceCommissionandChiefEngineer, PWD. Known for his integrity, he intends to make the Corporation play an activity role in making Udaipur a smart city by takingfull supportoftheoppositionmembers. He says that he would be always available to meet people. His priorities include road network, drainage system, traffic, parking, elevated flyover and cleanliness. Retired engineers and other experts as well as the public are to be involved in the process of planning. Even earlier roads have been a priority forthe Corporation and 8 crore were set aside for building new roads where they were badly damaged and 4 crore were allotted for paver and patch work. According to Manohar Choudhary , the work could not progress speedily due to the long spell of the monsoon this year and the hard rocks in several areas. The BJP did not fare well as expected probably due to the dissatisfaction of the public about roads. Parking facilities also need a lot of improvement.AtRoadwaysbusstandone has to pass through bushesand the vehicles are covered with dust. Parking near SevaAsharm Bridge has not been given to a contractor and the place is very dirty. Informationaboutparkingcharges should be provided at Bank Tiraha parking. ParkingisnotsystematicnearDenaBank, Delhigate. Helpline number for parking complaints should be provided and there should be CCTV cameras for safety of the parked vehicles. Onthepositiveside,theworkofremoving encroachments has already started. Under the leadership of Deputy Mayor Paras Singhvi, a group of persons cooking food near Sukhadia , Statue, near Sukhadia Circle were evicted.Then the ”Jhule-Chakri” near the proposed food court were removed. There is need for constant monitoring. If there are sponsors to look after such places, they can be kept in proper condition. UdaipuritesarewaitingeagerlyforconcertedeffortstomakethecityreallySmart