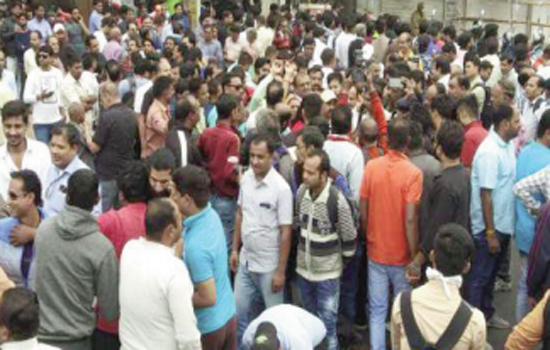 Udaipur: BJP wins 44 out of 70 seats at Udaipur Municipal Elections but under performs on total Ward count. Win percentage decreases by 26. Bhartiya Janta Party has secured 44 wins out of the 70 Wa r d s i n th e Ud a i p u r Constituency.TheIndianNational Congress (INC) showcased a resounding win in 20 seats. Out of the remaining 6 seats, the CPI(M) won 1 seat and the remaining 5 were bagged by independent candidates. ThoughtheBJPhas secured a win in 44 seats out of the 70, it needs to be put into perspectivethatthenumberofwardswas increased from 55 to 70 in this election. In 2014, the number of seats garnered by BJP was a resounding 49 out of the 55 wards. Hence the BJP, which is the ruling party in India and has performed exemplary in all sorts of electionsacross thecountrypost theLokSabhaelections,has lost major ground in Udaipur. From 49seatsoutof55(89%)in2014, the BJP has come down to 44 outof70seats(63%)inthisyears battle. Udaipur performed poorly with just 57.77& voting and one of the majorreasons as per analysts and political pundits is the anti-governance psych that developed among the residents of the city. Over the last 5 years, residents of Udaipur have face agony in the form of infrastructure damage in the name of smart city. Though the work for smart city is an ongoing process and is expected to give good returns to the city in future, but the implementation of the project in an ad hoc manner, withoutgivinganydueconsideration to convenience to the residents had damaged the psych of the voters, one of the main reasons for the poorest voting percentagewitnessedbyUdaipurinthis election. Going back to the results, it was noted that the Congress party came in with a young brigade and youth has won the city this time. With a comfortableoppositionmixintheupcoming board, the city expects a lot of correction to the damage and will look forward to well thought out planning and administration across the district. This is the first time in the last 25 years that the board will see a comprehensive opposition of 26 seats (37%). The last BJP boards poor performance was apparent in the results. The ex-Mayor’s Ward witnessed a defeat for BJP after Congress’ArunTakoutperformed Anil Kumawat by 1,039 votes. Gaurav Pratap Singh one of the youngest candidates fielded by the Congress defeated BJP Spokesperson and ex-Board President ChanchalAgarwal by 5 0 8 v o te s . Co n g r e s s ’ Hidayatullahsecuredthebiggest win in this election by 1,833 votes. With a 44-20-6 breakup, the board will be made by the BJP. Asperreports,GovindSinghTak (BJP) who won from Ward # 61 with a margin of 1027 votes, is the candidate for Mayor of Udaipur. ParasSinghvi,whowonWard # 51 will be the candidate for DeputyMayor.TaraChandJain, who won from Ward # 17 with a margin of over 1,000 votes ia another likely candidate for the post of Deputy Mayor. ArunTak, who won from Ward # 4 is the candidate for leading the opposition in the newboard. The new Boardandannouncementofthe executive will be done on 26 November.