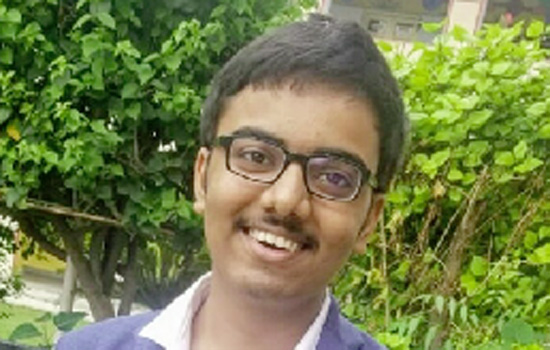 The world is an unforgiving place. One has to bear the repercussions springing out from nowhere but one's own actions, sooner or later. Despite all the words of wisdom floating in the air all the time, people tend to indulge in acts that soothe their soul, quite often at the cost of others' peace of mind. Sadists are people who derive happiness for their unhappy, dissatisfied and envious souls by seeing others/making others unhappy. They steal away the happiness people duly deserve and through their actions. They breed on other people's discontentment and loss. Bullying and teasing as well as unreasonably belittling others is a part of the innumerable sadistic pursuits of the present generation mankind.

How often do we comment on a person's looks, lifestyle, language, etc. in a day? All day long, we unconsciously indulge ourselves in a hundred little sadistic acts. Calling a plump friend 'fatty' or 'pumpkin' is not funny! Teasing someone calling him/her a 'nerd' or in the contrary, a 'good-for-nothing-nincompoop' isn't funny either! We judge people all the time! If we cannot contribute to a person's life positively, we possess no rights to disturb a person's life with our seemingly casual, flamboyant, frivolous remarks that are, in reality, hurtful and disrespectful for the person who bears them. It has become a kind of second nature, a part of the muscle memory: deriving pleasure by humiliating others. Sadistic pursuits range from the facade of casual mockery and random comments to the various statements that propel an individual to file a defamation case. Hurting someone's sentiments is not a subject of jocularity. The mushrooming "roast channels" on YouTube and shows of a similar theme and genre on television and other platforms have garnered widespread acclaim, no doubt such sadistic pursuits are bound to receive appreciation by sadistic audiences. We laugh at people. We laugh at their lifestyles. We mock at poverty. We mock at simplicity. What do we not mock at? We mock and judge all the time!

There has been a lot of debate and clamour on the subject of the true meaning of the word 'happiness'. The meaning of happiness in a subjective way is known to most of us as a state of delight and elation. However, is there a hidden meaning to this deeply perplexing but seemingly simplistic word? Indeed. Disagreeing with the cliches that put forth happiness as a mystical concept, I can put it with conviction that not a lot of mystique is attached to this word. Happiness is a state of mind. It is state of complete relaxation where a person is far away from any and every sort of stress and feels driven away from a life that appears like a tedious and run-of-the-mill job to a peaceful state where he/she can smile, giggle, laugh and enjoy in the vicinity of friends and family!

Getting attached to sadistic pleasures is the root cause of unhappiness. How often do we spend time contemplating on the problems and plight of other people? How often do we hurt someone without knowing what the person might have gone through to reach where he/she is today? We hurt people, sometimes intentionally while in a fight and  the other times unintentionally via 'causal and fun' comments and rebukes. POST SOWING THE SEEDS OF POISON, CAN ONE EXPECT TO DERIVE ELIXIR AS AN OFF SPRING? No! The wise have said, "What you sow is what you reap!" By poisoning ones relationships with the uncanny prospect of gaining sadistic pleasure, one is sure to transform in no time into a mad beast who, in the urge to breed on others' unhappiness becomes the most unhappy being ever!

Pondering over our actions and words is important but what's more important is pondering before taking an action or releasing a statement. Words once uttered cannot be retrieved.

The renowned authoress Arundhati Roy once said, "That's what careless words do. They make people love you a little less!" One must never forget that words are all powerful. The need of the hour is to realize that being a sadist harms nobody more than the person himself/herself. In the process of hurting others, one hurts oneself the most. Happiness is like a magical feast in which as much the food is distributed, as much it amplifies! Spreading happiness would make you the happiest person ever! Sadists land nowhere. Therefore, one must focus primarily at understanding the, gravity of ones words and the acknowledge the importance of using them wisely and precisely.  One must also understand that its pleasure that can be derived out of hurting people and not happiness.

We all know that all pleasures in this world are short lived and it's happiness that's capable of sustaining! Happiness comes from one's actions. By being a true reciprocator of happiness, you too can experience the bliss of being forever embraced by a sphere of equivalent and omnipresent happiness and bliss! Happiness is not a distant place that you seek to visit. Rather, it's the nearest place in your visual field. To understand the meaning of the much pronounced phrase, "happiness rests within", one must first understand the essentiality of being true to oneself and the people in one's surroundings by making others' life a bit happier than before, not by Herculean deeds, but by daily tiny  miraculously simple acts of kindness!

Wish the old lady in your neighbourhood each time you see her during the course of the day. Feed a stray dog with some milk. Say "Thank You" more often than "Why?" "What?", etc. Call a friend and tell him/her that he means a lot to you and you do value him! Apologise to those you ever hurt! You'll feel more liberated and happier than ever before!

As Ann Brashares once said, "Being happy isn't having everything in your life be perfect. Maybe, it's about stringing together all the little things!"