Ram Katha in Nathdwara begins with faith and ends in relaxation 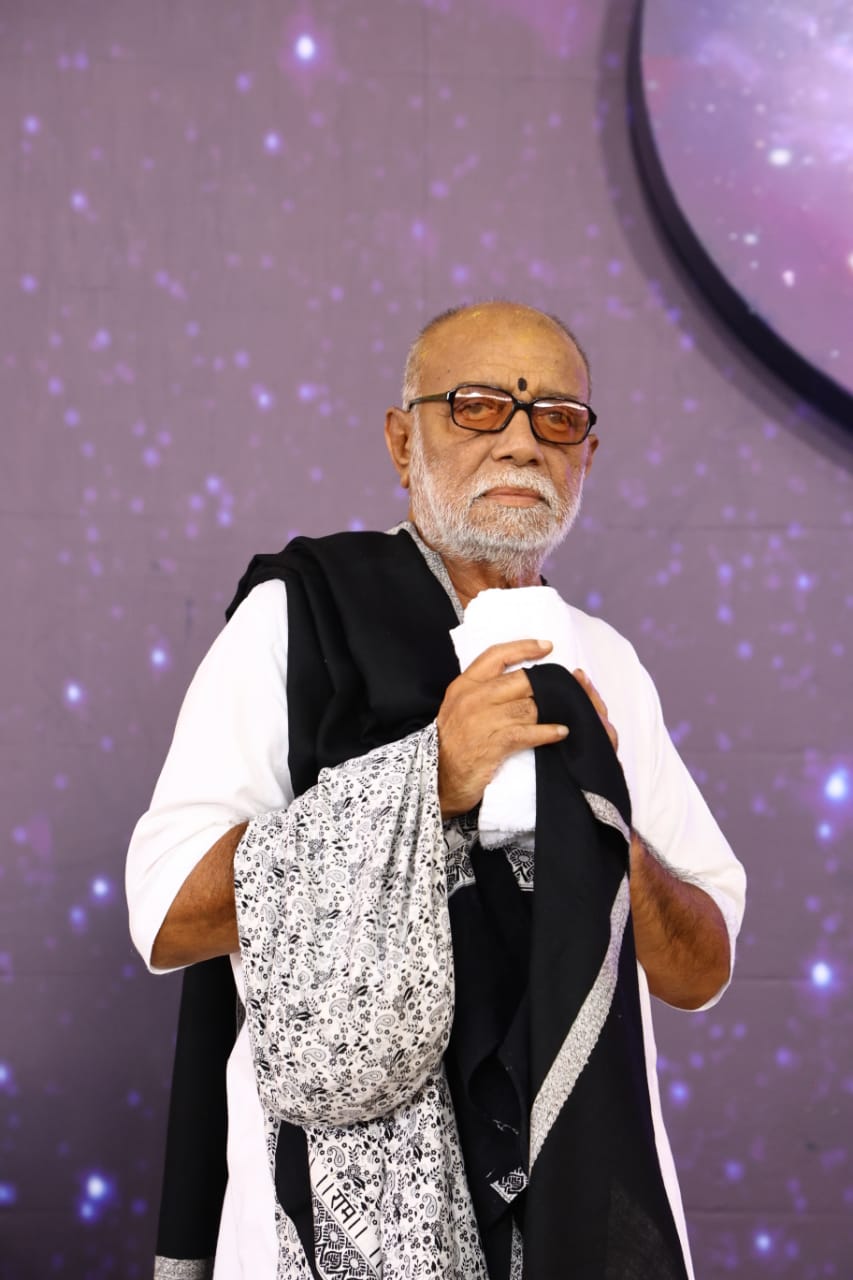 RamKathadeliveredbyMuraribapuinNathswara, a religious city of Rajasthan, for nine days. Ram Katha begins with faith and ends in relaxation. Brother Bharat sought the basis of life in a compassionate spirit. When Bharat goes to Chitrakoot to bring Shri Ram back to Ayodhya, he does not impose his feelings but requests Lord Shri Ram to shower compassion in the way the Lord pleases. After this Tulsidas ji says in "Prabhu kari kripa panwari dinhi", immediately Shriram under stood the sentiments of his brother and handed over him his footwearthatiscalledPaduka.MurariBabudescribed the separation of Shri Ram and Bharat in a very Soulful manner saying that Bharat felt contented by this grace of Lord Ram because he believed that where there would be Paduka the pad means charan of Ram would automatically reach there. This is a unique form of faith.During theRam Kathawhen the story break was announced with this incident, eyes of the audience present were also filled with tears in the same feeling as if Lord Shriram were getting separated from Bharat at the moment. Ram Katha of saint Murari Bapu which began with the consecration of the world's tallest Shiva statue installed at Nathdwara, reached its end on 9th Day on Sunday. Bapu said that the way Bharat got the support of Lord Rama's Paduka there, we have the support of Vishwas Swarupam here. BapuaskedpeopletoassimilateincidentsofRam Katha in their life practically. Bapu prayed for the welfare of the people Society country and the earth from the Vyaspeeth and prayed to the Lord for rendering Grace on everyone. Enthusiasm and decency in the event and present masses along with the flow of rasa rain in the story Murari bapu dedicated this story of Manas to Vishwas swarupam. He said that Lord Mahadev himself is the sign of faith and resides in the whole world. Next, he said faith is in our culture so should be pure and our culture is the epitome of whatever is achieved is sufficient. He said, our whole system stands on the four pillars of sadhumat, lokmat, politicians mat and vedmat. Bharat proclaims that he believes in truth not in power. To reign there in place of ram he wants only Footwear not any rank. Bapu quoted Hanumanji's choice to take guidance from Jambvant on the sea coast and said that the work has to be carried out by the youth only but enough care should be taken that the advice of elders is included, their experience is not ignored either. Five faces of Shiva Bapu gave an account of five faces of Shiva in Vishwas Swarupam. He said, the first face is sunmukh which does not go against anyone but does welfare of all. The second face is the mouth of Guru knowledge comes from the mouth of Guru only. The third face is Vedas mouth which is the voice of Mahadev himself. Fourth face is the mouth of cow from where river Ganga is originated. 5th and the lastfaceisinnocentfaceofmothercowwhichdenotes Bholenath himself. FurtherBapusaidthatweallwantRamrajyagain and Ramrajy will come through dialogue only not through any controversy. Next Bapu said that politics should be done out of love for the nation. Describing the essence of Ram Katha Murari Bapu said that if the story of Ram is to be told in one sentenceitbeginswithfaithandends inrelaxation.Even the liberation of a degraded person is possible by speaking Ram once. The yoga described in Geeta is experimented in Ram charitmanas. In Ram Katha competition goes not for achieving but for giving up, imparting the message that whatever they have achievedisenoughforthem.Manasasks toremember, sing and listen to Ram only. As long as Ganga, YamunaandSaraswatiflowsontheearth,RamKatha will also flow. Bapu said, last person of the society also should be given due respect.That is called special honor which Ram gave to Kevat. When Ram expressed his will to give something to Kevat, then kevat requested, as he had brought Ram, Lakhan and Sita in his boat, so also Ram should take Kevat and his family in his plane. Ram agreed and that was the special honor given to kevat by taking him along in viman. Viman means plane as well as special honor. In the context of burning Lanka by Hanumanji using his tail, Bapu stated that people also burn tails of saints because they cannot come and oppose them in the face. So people try to condemn saints from behind by doing back biting. Eight vas of Ram Bapu told the eight abodes of Rama in the context of Manas. First, was in Balkand that was important vas. Second, in ayodhya that was avadhwvas all know. Third in janakpur that was sadan vas and fourth in ayodhya kand Bhavan vas. During exile in aranyakand vanvas then in kishkindha kand girivas. Then in sunderkand was on the sea coast following with Lanka kand me Sumer vas. After a great victory when returned to ayodhya then ayodhya vas and lastly after completion of all great deeds saryu vas at the bank of river saryu. Former Chief Minister Vasundhara Raje scindhiawelcomedbapuandaskedpeopletofollowwhateveris toldbybapu.SheinformedthatPrimeMinister Modi is also trying to re-establish Ramrajya. Union jal shakti Minister Gajendra singh Shekhawat praised Madan paliwal for his efforts. He called Shiva as a symbol of unwavering faith which will give inspiration to people and new heights to Nathswara. After chanting Jai siyaram bapu informed masses that now after dharamshetra we would meet in kurukshetra.ThefollowingaccountofBapuwill commenceon19thofNovemberinKurukshetraHariyana. Callingthemanagementunique,Bapu expressed his gratitude towards the family of organizers of the event. Last day the audience was emotional at the time of departure from each other as well as from Pujya Bapu. They separated from each other with a heavy heart.They did not wantBapu to leave the city.Bapu bestowed his blessings and bid farewell in a soulful atmosphere. Last day as people were eager to get a glimpse of Bapu so the public stood on either sides of the road as Bapu passed by from there in an open Jeep wavering his hands and showering his blessings on the public.