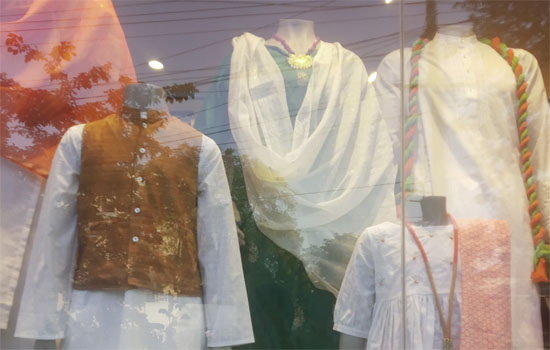 While fashion gives a new style to the youth, it creates looking young and different in the elderly. Age does not dominate fashion but makes a new way of living. Be it any social function or festival in society, a glimpse of technique is seen in the people during the rituals. Be it the festival of independence or the occasion of Republic Day, rarely the sway of fashion is not seen in the tricolor form.
Be it the occasion, fashion is a term that is popular among youngsters, senior citizens, or kids alike. Be it a social function or Independence Day, the sparkle of fashion is created in every age on such an occasion. This is the reason that whether it is a day to celebrate independence or even in the ceremony of commemorating the republic ceremonially, the glimpse of fashion has started appearing in a big way.
Unique style of fashion in patriotism
From the dress-up to the expression of the tricolor on the face, along with the patriotism in mind, it also underlines the unique style of fashion. This feeling of patriotism connects people with the mind and strengthens the desire to celebrate independence or a republic. Whether it is a person wearing saffron, white, and green colored clothes, or the line of these three colors on the face, it reveals the feeling of patriotism. The school celebrates republic Day, college, or other educational institutions or any organization. The atmosphere colored in the tricolor shows that we have got a chance to express our feelings somewhere. Teachers and students wear the same dress on this day, whether a three-colored clothing or a white uniform with saffron and green bandage in their hands. Women and girls often wear a white-colored sari or salwar suit and saffron or green colored chunni or shawl to make them feel the tricolor, while children do not miss to engrave the tricolor on their cheeks.
Veneer display for tricolor combination in the showroom
The art of displaying the veneer in the tricolor in the clothes showroom is made on sight. T-shirts that appeal to youth are also displayed in saffron-white-green color T-shirts or other attire. Be it the day of independence or the urge to celebrate Republic Day, the message of being successful in giving a direction is given behind the display of clothes colored in tricolor colors. Whether it is a woman or a man, not only in social functions but also at national festivals want to stand out, it is common for women and girls to wear attractive lehenga in three colors during the special occasion of Independence and Republic Day.
Tricolor range prepared by fashion designers
In today's fashion era, well-known designers of the country create new ranges, keeping in mind the social occasion and the national festival. For a special event, now along with colorful dress up, clothes with tricolor color combinations become the center of attraction. The tricolor embroidery done by hand on the white silk gown makes the gown more attractive, while the border can be added to the gown's look by creating it in a partial style.
Wearing designer clothes is the pastime of women and girls.
Young men and women want to look different and beautiful in marriage and other functions. Women often wore only saris or lehenga at festivals, but the trend has changed with time. The combination of modernity in traditional attire has started speaking loudly. Along with lehengas and saris, designer gowns have also joined the choice of women. Well-known designers of the country are also preparing a range of attractive gowns along with saree-lehenga. The gown is being designed according to the occasion. Along with the social function, wearing designer clothes adorned with tricolor colors has become a pastime of women and girls according to their choice.
Fashion-show marketing
Fashion shows are now taking place in India in a big way. The festival season and a variety of attractive costumes are also being displayed through the patriotic fashion show. A range of attractively designed apparel through well-known models has started appearing on the ramp in the form of tricolor wear. In fashion shows in the country, dresses by JJ Balia, Manish Arora, Rohit Gandhi, Naeem Khan, Anita Dongre, Seema Khan, etc., can be seen on the ramp by beautiful models dressed in time. Miss India Ritu Khosla also believes that designers have been making special dresses, especially at the festival, whether it is the celebration of independence or the fashion shows to be held on the eve of Republic Day.
Attracts Tricolor Combination of Garments:
Color has its importance in the clothes worn at the national festival. It is common to wear white, orange and colored clothes on such an occasion. With time, in the festive season, the combination of three colors and dark blue color is also being liked in the new trend.
Students are preparing fashionable dresses.
The students of the Department of Fashion Technology and Designing, Mohanlal Sukhadia University, are preparing apparel keeping in mind the festival season and fashion and the study of fashion designing. Be it Republic Day or Independence Day; they have been preparing attractive clothes not only for themselves but on orders according to the demand of young men and women.
-Doctor. doli mogra