Discrimination minimize but remains At all levels with women : Shuchi Sharma 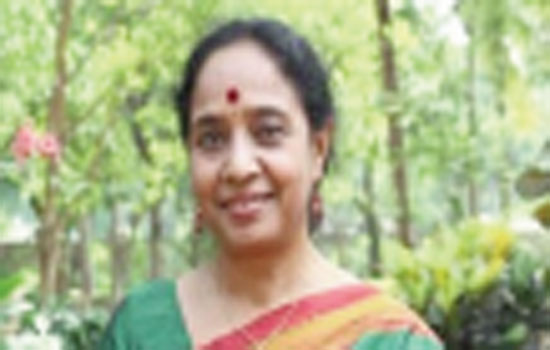 Udaipur: (Dr. Munesh Arora) Today in India women are discriminated at all levels, whether it is the education or job sector. women must face discrimination in her life time more or less. This was said by former Higher Education Secretary Shuchi Sharma while in udaipur. During a special meeting Shuchi Sharma says that today the level of discrimination against women has reduced but not finished. Time is changing the way women are coming forward and setting new records in every field. women changed the thinking of a society and also break so many barriers. Now a day women have achieved so many targets in society. Recalling the services rendered as an officer Shuchi Sharma said that she got an opportunity to work in positions considered exclusively for men. The function of the Municipal Corporation and JDA should be made for men. But I believe that such positions should be provided to women for the benefit of the common men. Women are coming into jobs have the mentality to join on easy working posts. they do not like to go to field posting and problematic duty posts and their family also has the same mentality, which is wrong women should be more posted on public links posts because she have soft heart and solve the problem of common men easily. The former Higher Education Secretary said that a large number of colleges were opened in Rajasthan during her time, and the process of recruitment of 980 posts of college teachers has also started. But even today the situation can’t be very impressive there are huge numbers of teacher’s vacancies in the colleges. To solve this problem we made provision to provide a reasonable amount to the guest faculty teacher. Also In the colleges in most of the subjects online lectures were arranged during the Corona period. It is true that the colleges have lack infrastructure and do not have sufficient staff. students are not getting adequate facilities. Efforts have been made to resolve the students. we will get a positive result soon. Efforts are being made to implement the same curriculum in all universities in the state to improve education.Shuchi Sharma said that the proposal to increase college teachers' retirement age from 60 to 62 file came to her. The UGC has also recommended this but considering the far-reaching consequences and the number of unemployment in the state. the idea has been postponed for the time being. But we have conducted DPC and try to solve maximum problems of teachers. Shachi Sharma said like centre we should have Regulatory Authority in the state so that complaints of private universities and private colleges can be properly investigated and strict action can be taken against them. Today, there is a need for radical change in the education sector, but the economic burden creates the biggest problem in these reforms.Recalling his Social Justice and Empowerment Department's services she said that there is a need of a Social Audit that will be more effective. Social Audit can work on the needs of its region and people evaluate them. Today this department has also become like government services transfer posting, and other governmental activities going on at the village level it’s not good, also In contrast of thoughts when this department was started, its imagination was different, today it has been entirely governmental.When Shushi Sharma asked whether she was willing to go to Politics, she said that there is so much loot and groupism everywhere that’s why she does not find her fit. When she was asked about her art and painting, she said she liked to stay close to nature. Nature gives us every think, in my paintings you see different shades of natures. she will increase her art in future. Also try to solve the problems of common man approach to her.