The Cult of Gun 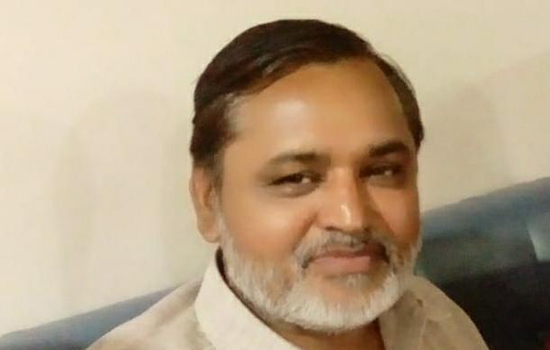 The 30th January is the day when father o f th e n a ti o n Mahatma Gandhi was brutally murdered by a communal fanaticNathuramGodse.The same thing happened this year when a young man fired shot towards a crowd and hit a student of Jamia Milia Islamia.Therehasbeenarise in the cult of Gun in the world. Despite the slogan of democracy ,themightis rightproverb is seen operating across the world. It is ironical that those who used to blame communism for their alleged adherencetoaphilosophy thatdoes not shun violence, are raising slogans to shoot the so called Gaddars. These people hold a berth in Union cabinet and claim to be the rulers of India. Not much time had lapsed when another gun – bearer was caught in Shaheen Bagh andhandedovertothepolice. Thankfully this time the shot did not hurt anyone. The cult of gun has become a symbol ofpower.Thosewhogetelected to power start thinking as if exercise of power indiscriminately is their right. In another incident in Udaipur, a car was stopped byblockingtheroadandaviolent mob attempted attack on the people inside the car. The mob took away the national flag from the car, tore away the preamble of the constitution and other banners related to opposition of CAA, NRC and NPR. The hooligans accusedthepeoplewhowere taking out “ Samvidhan Bachao-Desh Bachao Jan ChetanaYatra”wereaccused of being Pakistanis, antinationals and muslims. The attack was made in broad day light. Every election is followed by remarks like Indian voter has become mature. But the truth is that the elections in India are turning into events managed by professionals, PR agencies, contractors of the corporate and those political parties which wish to be inpower somehow.Theworst of them are those who resort to communal polarization as an election strategy. There are organizations which train youth in weaponry and brainwashthemtofollowblindly the theory of superiority of some races and religions as compared to the others. This type of ideology has increased the cultofguneverywhere.Nofundamentalist thought is congenial to democracy. Indiaisasovereignsocialist, seculardemocratic republic. There is no place of the cult of gun in the country. Those who raise the slogans like “ Desh Ke Gaddaron ko ,GOli Maro S__ ko” need to be discouraged and defeated in their own constituencies. There is no place for such thoughts in Indian democracy. It is good that the country hasrisenandtakenuptheconstitution with greater enthusiasm than ever before. In the last three months the preamble of the constitution has become a symbol of protest everywhere in the country. It is a flag against fascism. People across parties and those who do not subscribe to any political party have takenoathinthenameof constitution. This book alone will be the weapon to fight the cult of gun.