Who owns the lakes of Udaipur? 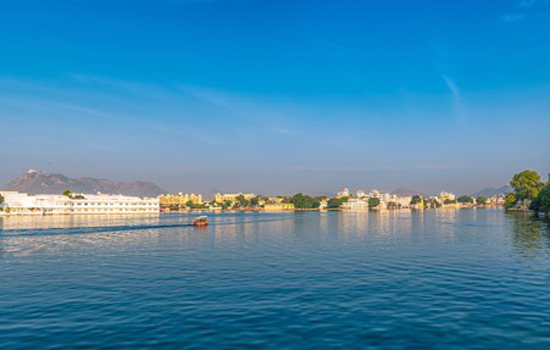 Lakes are the identity of Udaipur. They present an experience which people carry with them as they return from Udaipur. The interconnected water bodies and the downstream lakes and ponds  from Fatehsagar to Udaisagar  and right up to Bisalpur make a system of preservation of rain water which has been working as a life line for Rajasthan. People of Udaipur harbor an emotional bond with the lakes. But in recent years the big hoteliers have, it seems captured the lakes in their commercial interest. The maximum number of boats running into the lake Pichola is owned by the hotels Lake Palace, Leela Residency and many others. Jag Mandir has become a hot marriage destination for the rich capitalists and the political leaders. The common man of Udaipur is just surprised at the way these places of natural beauty are converted into money making machines.

The Municipal Corporation itself is getting a cruise constructed to be floated in the lakes. Has anybody thought whether the lakes of Udaipur have the potential to sustain this huge structure? Will it not be proper to put it in Jaisamand rather than smaller lakes like Fateh Sagar or Pichola? The tendency these days is to organize a number of events on the Barrage of lake Fatehsagar. This is done by government bodies as well as by NGOs and private individuals and groups. This tendency is not good for the lakes. The need is to decentralize such activities like “ Run for ….”, candle marches, noisy musical programmes etc. Flower shows, nature watch and similar activities are all right but one should rethink before making it an oft-crowded place.

Lakes are not just the property of human beings. They are home of several species of birds, amphibians, fish and other species of animals and plants. The rich biodiversity of the ecosphere needs to be tended and conserved. As human beings it is our responsibility to protect and look after the well being of other creatures on the surface of the earth. Long before the market driven economy set in Gandhiji had said that the earth has enough to fulfill the needs of every one but does not have enough to fulfill the greed of a single individual.