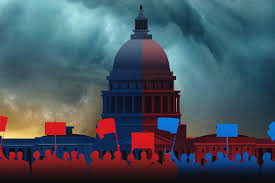 “Call a dog a mad dog and kill him” is a fascist slogan used by dictators in the past to annihilate their opponents. Unfortunately, the same strategy is being used by the BJP and its front organizations in the case of Jawahar Lal Nehru University. The most prestigious university of the country which not only gives thinkers, writers, journalists, statesmen, bureaucrats but also provides degrees to our defense personnel has been vandalized by goons in broad daylight in the presence of the Vice Chancellor on the campus. The Vice Chancellor shamelessly kept ignoring the attack by goons on the students and once the goons had done  all the damage woke up to inform the police. He was busy filing FIR against the students of the university when armed outsiders allegedly entered the university  and unleashed violence on the campus. Can such people be called academicians or are they just stooges of the ruling party?

JNU is known for an open democratic atmosphere in which students and teachers engage in healthy discussions and build up an academic community which can grapple with the important questions of our time and suggest solutions. Is it not ironical that this year only a student of this university got a Nobel Prize for his research in economics and the bosses in North Block are bent upon destroying it. The appointment of  Vice Chancellors on the basis of their political affiliation has ruined the universities. Same is the case with JNU. ABVP, the students’ wing of BJP, it is alleged, literally governs the Shastri Bhavan. MHRD is acting in response to what the ideologues of the ruling party dictate.

The police waited outside the campus when violence was being perpetrated on the campus waiting for the permission of the Vice Chancellor. This they did not do in the case of Jamia and Aligarh Muslim University. A series of lies were told by the police spokesperson to justify the delay in responding to the situation. It is dangerous when the law and order enforcing agencies in a country take a partisan view of things and are indoctrinated by a party to act in their interest. A major part of Media also plays to the tune of the ruling party and reiterates the discourse of the state trying to cover up the facts and becomes a party to the situation rather than reporting objectively. All this leads to demonizing democratic forces and eulogizing the forces of brutality.

The PM is silent on the issue and the Home Minister who controls Delhi Police simply speaks to the Police to take stock of the situation. None of them speaks to the wounded teachers and students. The Vice Chancellor who lives on the campus does not speak to the teachers wounded and the students who are severely injured. Are we heading towards a brutal and beastly world? Why is the state shy of arresting the goons? Why should not the Vice Chancellor be asked to step down?