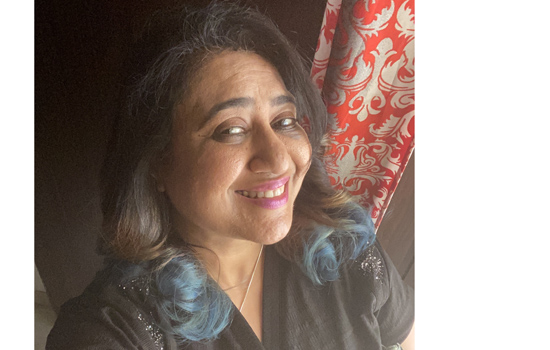 With a CT score of 21 & Oxygen 30 , I had a tough fight with Happy Hypoxia this year.
I moved to Sriganganagar last year as Assistant Director of Information and Public Relations.  I suffered with mild fever and I was quarantined according to the guidelines of that time with my younger son. I did not know that after one year we will have to face same problem once again but in a much horrific way.
I was tested corona positive on 11th April. I get myself admitted in hospital the very next day. I was given the best treatment and I was discharged on 16th evening. My mom is 84 years old and my younger son is 17 n half who was also positive. It was my duty to save them anyway. Meanwhile I came to know that my other family members are also corona positive including my elder son and daughter in law. It was the most crucial moment for me.I came to know that my sister’s son in law was very serious. His son is only 2 n half and whole family was diagnosed positive.
On 18th morning I felt little low and called my doctor to discuss about medicines. After 2 hours I checked my oxygen and it was absolutely not okay. I was admitted in hospital but my health was deteriorating every hour. Doctor visited me on 20th evening and asked me to shift to a multispeciality hospital. I understood his concern and managed to get an oxygen bed in Jansewa hospital in Sriganganagar. Ambulance dropped me at the gate of the biggest Covid care centre on 20th April night. I was breathing heavily and my oxygen was 78 when I entered the CT scan room. I was immediately shifted to ICU where
I was surrounded by machines and doctors. They started the treatment. I was struggling for one easy breath. Suddenly I saw the screen , my oxygen dropped down to 56. Para medical staff told me to keep calm and cooperate with them. I got unconscious and when I woke up it was early morning. Doctors struggled to revive me physically. I was put on 16000 litres of oxygen through bi-pap. I was having illusions and it was hard to realize what was real and what was unreal. My oxygen was dropped down to 30 and CT score was 21. Doctors revived me from one second. I got a new birth which is dedicated to mankind now. After this incident I saw drastic change in my behaviour. I tried my best to engage my mind to see the positive side of everything I was going through. I was not able to eat or speak for next 3 days. On 24th April I had my marriage anniversary. A para medical staff informed me that the oxygen supply is low and he told me to move from this hospital to some bigger place. I got upset for a moment and remembered God. I immediately sent messages to all the concerned officers. I dropped messages to my family group and asked my sister to talk to them. I got immediate response when DM Sir gave orders to arrange oxygen for the hospital. I was watching everyone from my bi-pap. After 2 hours I was told by the hospital staff that everything was under control. This incident repeated after 5 days and again we were saved by District administration’s sincere efforts. Meanwhile I lost my biggest support in the city on 25th April, a young journalist who was like family. I was shattered for few hours but I regained my strength. I remembered the day when I lost my husband and father in 24 hours. I could not shed tears because of my poor health condition. It was the biggest loss.
Every morning came with a new challenge. Serious patients came and recovered. I was watching them go with the determination that one day I will see the world too.
I struggled for 14 days in the ICU with courage and patience. I prayed for all the patients at night.  I wrote articles from ICU with drip in one hand and oxymeter and other machines attached to another hand. I did my duty from icu bed and tried to give positive messages to the people of my city.When I was released from ICU , I got emotional to see the outside world. It was a moment of great joy for all of us. I am back home and recovering now. My oxygen still drops sometimes but I always pray in mind to think positive in tough times. Corona period has changed everything for the world and we still have to learn to cope up with the new situation. There are numerous questions in mind and I am unable to find the right answers. It’s necessary to change the perspective of humankind to create a better world in future.