By the Way:  Why Can't we respect women every day? 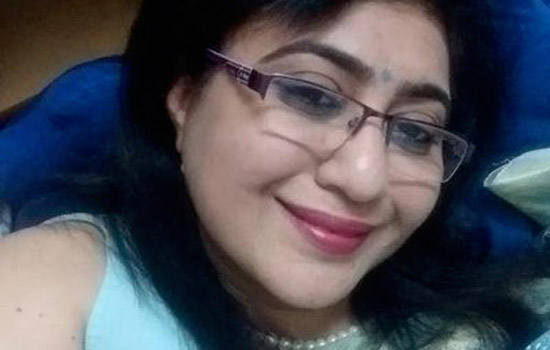 It seems to be a stupid question for some of us. First of all, I am sorry for writing after a long gap. I was stuck up in Office work from the last two months.

One incident reminded me of the chilling horrible night when Nirbhaya was raped brutally by 6 males. I don't know when and where this brutality against women developed in our country. I was awake the whole night in my office when all 4 accused were supposed to be hanged. I could not sleep that night.

Nirbhaya was not alone. Her friend was there but he became helpless when 6 males attacked him. Nirbhaya was raped one by one, not a single human among those monsters thought to save her. They injured her private parts and even doctors were surprised to see her alive in that condition.

Just imagine any of us in that condition!

I feel horrified whenever I have imagined such a crime.

Did it become a debatable issue that should these criminals be hanged or not? I saw a lady screaming on national television that it is not right to give the death penalty to each criminal against one death( that was of Nirbhaya).

Did Nirbhaya die alone that day?

The answer is NO!

we all died when she took her last breath.

I have expressed my feelings on rape many times and I think I have written alnost half a dozen articles on rapes.

Aasifa and other small girls were killed because few monsters could not control their desire to sex.

Doctor in Hyderabad was raped and burnt by few men.

Can't we see that rapes have suddenly increased in our country?

6 males raped a woman and crossed every limit. Humanity cried on that day.

16th December was the blackest day when a girl was thrown out on road from a moving bus and nobody stopped after seeing her bleeding and begging for help.

Many of us would have crossed her path on that day but nothing melted our hearts. We became senseless rather shameless and wanted to run away from that place as if the crime was done by us.

Are we not guity to be a part of her death?

We talk nonsense on every subject. Social media has filled with jokes, idiotic messages and comments. we become serious when crime happens but who will take the responsibility of women who travel alone at nights.

We ignore their problems by easily commenting on their characters and clothes.

Men give speeches on Women's day that they care about women. Some men show their full respect on 8th March.

What happens to those men when a working subordinate female comes forward to tell her problems?

We make fun of her that she has a habit to take advantage of being a female.

Do any of us understand that why she is telling a problem to you?

When you enter in office with crisp and pressed shirts and polished shoes , your wives should be given credit of your look but you never express gratitude in your bedrooms.

Women do everything for their families but her male colleagues and bosses harass her unnecessarily sometimes.

Their ego get hurt so easily that they create fake evidences to prove her down.

Now you may understand the question which I have asked in the beginning.

Please stop pretending that you understand women. Please stop showing your fake emotions to any woman who need your help.

Call her clever, cunning, foolish, stupid or selfish or with any adjective you can felicitate her but please stop giving speeches that you care for women.

You care for your wives and daughters but not your colleagues or subordinates.

Don't give yourself the credit of being an equally strong person who give full space to a woman in office or home.

road, you are no more a man.

Go and enjoy your life with your family and give yourself a pat on your back when you fire a female employee for coming late because of her ill child.

Stop singing songs and writing poems on mothers if you can not treat each woman equally.

Don't forget that some day or somewhere our daughters will also be treated by other men the same way.

My advise for every male (who thinks that he is an actual male) is that please close your eyes and let everything happen in front of your naked eyes.

Let the Karma come forward to show you the magical power of the universe.

"From a dust particle to become a giant mountain and again how the rock solid mountain turns into dust" is the destiny of all human beings.

Nirbhaya- "It's good that you left us because world has become ugly.

Be safe and healthy in heaven where everyone lives in peace".