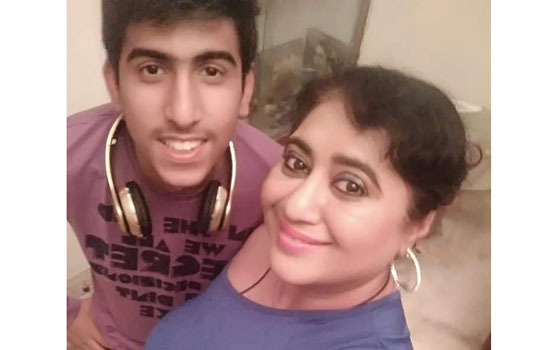 I have always shared my experiences with readers but this time I am not finding appropriate words to pen down my feelings on a piece of paper. I am struggling with my thoughts.

Yesterday 10th Boards result was declared. My younger son cleared all papers but he did not get 90 percent marks. He did not even get 70 percent marks. Actually he got good marks in English and French and other subjects were just okay.


I will definitely not reveal his marks because I have no right to do this without his permission.


He was a good student but he lost interest in studies few years back. My husband died in a road accident and I had joined job in Udaipur.


Everything was new for us from culture to friends and from home to office we were struggling mentally to cope up with the new environment.


He was left alone most of the time. He started losing focus but never did anything bad which many children do in absence of their parents.

I am sharing his story today because somewhere in my heart I feel his pain. May be any other student would correlate with him.


My son wants to play football which has very less scope in India. I have never pressurized him to score good marks. I told him to put 100 % efforts without giving up.


In spite of all efforts he was not able to get passing marks in maths. One day he came to me and cried like a small kid. He was feeling guilty for not been able to understand mathematics. I felt so bad for him but could not help it.


My family members are well qualified and doing good in life. My elder son is an engineer. I had never faced such a problem in my life.


I consoled him and accepted the truth that he is a normal child, having difficulty to study unlike other children. He attempted all exams without stress because I did not want him to run in a rat race with pressure.


May be I am wrong or may be I am not like others. I know he had studied only for one month. He was playing tournaments, the whole year. I know its difficult to choose a different path in our society.


Everyone shared numbers with us. Nobody scored less than 92% in my circle. Every year students give exams and score more than 90%. Some parents still don't feel proud because of the tough competition. Students still don't get admission in best colleges. I dont know where we are heading up to.


My son does not stand among them. I can not predict his future today. If I try to criticize the education system then I would be taken as a frustrated parent. If I try to pity on my child's fate on the basis of his marks, I would block his way.


As a mother it's a tough time for both of us. We want to do something different. Not everyone can become Sachin or Cristiano Ronaldo but at least we can give liberty to our kids to find their own ways to survive. I have read many stories of role models but this time fate has given us a chance to write our own story. May be my son will do something good in any other field of his choice. It's not faith of a mother, it's faith of a human being who is letting the other one to fly high on his own wings.


I can not predict anybody's future but I can request to those parents whose children are not doing well academically. Please give them a chance to prove themselves.


After all some one has tried to do something different in life.


Life is small and unpredictable. Life is the most important thing in life itself. I think my son's life is most important for me. I still remember his small fingers when I first hold him in my arms. I can't let him face depression due to anything.


He will walk slowly like the turtle but surely he will win in the end. I will win by the way when he gets what is suitable for him. It's time to wait patiently on the shore to see the waves going up and down. Many will hit the shore and many will vanish in the big ocean. Let him decide his future with hope. He is my son and not a trophy to show to others. Life will teach him best lessons and I will be on his side till the last breath.