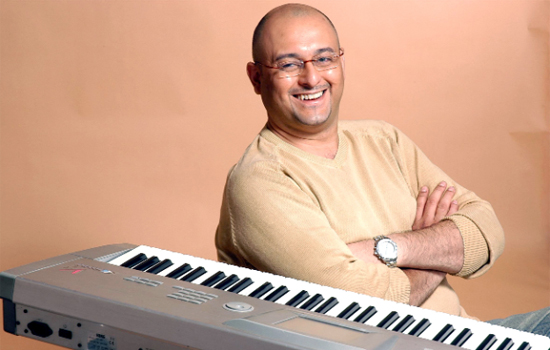 It's always the stars behind stars that make the stars or their films. So while we mostly know about the actors or the songs that get popular, ever wondered who's responsible for the thrill and the romance or the dhishoom dhishoom that our movies are so known for? It's the magical works of background music composers.

So while Akshay Kumar starrer Kesari is raking in the moolah with its recent release at the box office, there's one musical Sikh who's played an instrumental role in the making of this film. We are talking about composer Raju Singh who is known for film background music pieces in Bollywood industry.

Having worked with the filmmaker of Kesari, Anurag Singh in his Punjabi national award winning film, Punjab 1984, Singh has been a great fan of the filmmaker ever since. "I just love the way Anurag works on his films. He is such a versatile director, right from Jatt & Juliet which was a complete commercial entertainer to the serious drama Punjab 1984, Anurag had shown great versatility and sensibilities of all kinds of cinema. I enjoyed the process of music arrangements even in Kesari," says Singh while further adding, "Anurag is among those directors that give so much importance to every aspect of filmmaking. I was brought on board and also started working even before the shooting of the film began.

Generally, filmmakers shoot a lot of the film and then give it to the composers to piece together the background tracks, however, Anurag wanted this film to be so enriched with the Punjabi culture as it celebrates the bravura of the great Sikh warriors who fought tooth and nail to protect their land, that he wanted me to move along with my work as the shooting progressed. His expectations brought out the best in me and I loved this challenge to bits!"

Clearly the teaming of Raju Singh and Anurag Singh is working wonders, first the national award for Punjab 1984 and now the rave reviews for Kesari!

Ironically, Raju Singh has also been associated with Akshay Kumar's films and has been a part of Akhay's journey in the industry. Right from Akshay's debut movie Saugandh to Kesari, Raju Singh has arranged the background pieces for his films, "Coincidentally it's true that my association with Akshay goes a long way.

In fact I've worked in quite a few of Akshay's films including the likes of Sainik, and then his famous Khiladi series and now Kesari! It's been a great journey," says Raju Singh.