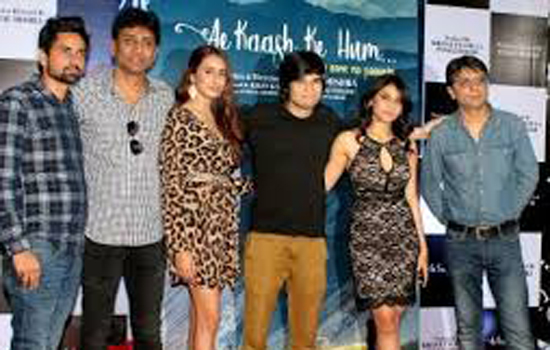 Producers KiranTalasila and PankajThalor along with director Vishal Mishra organised the launch of first look of their Hindi film AeKaashKe Hum.. at The Barrel in Andheri West. Vivan Shah, South Actress Priya Singh and SophiyaSingh ,SingerAmanTrikha came specially to launch the first look of their film. Vivan Shah, Priya Singh and Sophiya Singh shared their experience while shooting the film in Dharamshala, Himachal. The trailer will be launched in May.