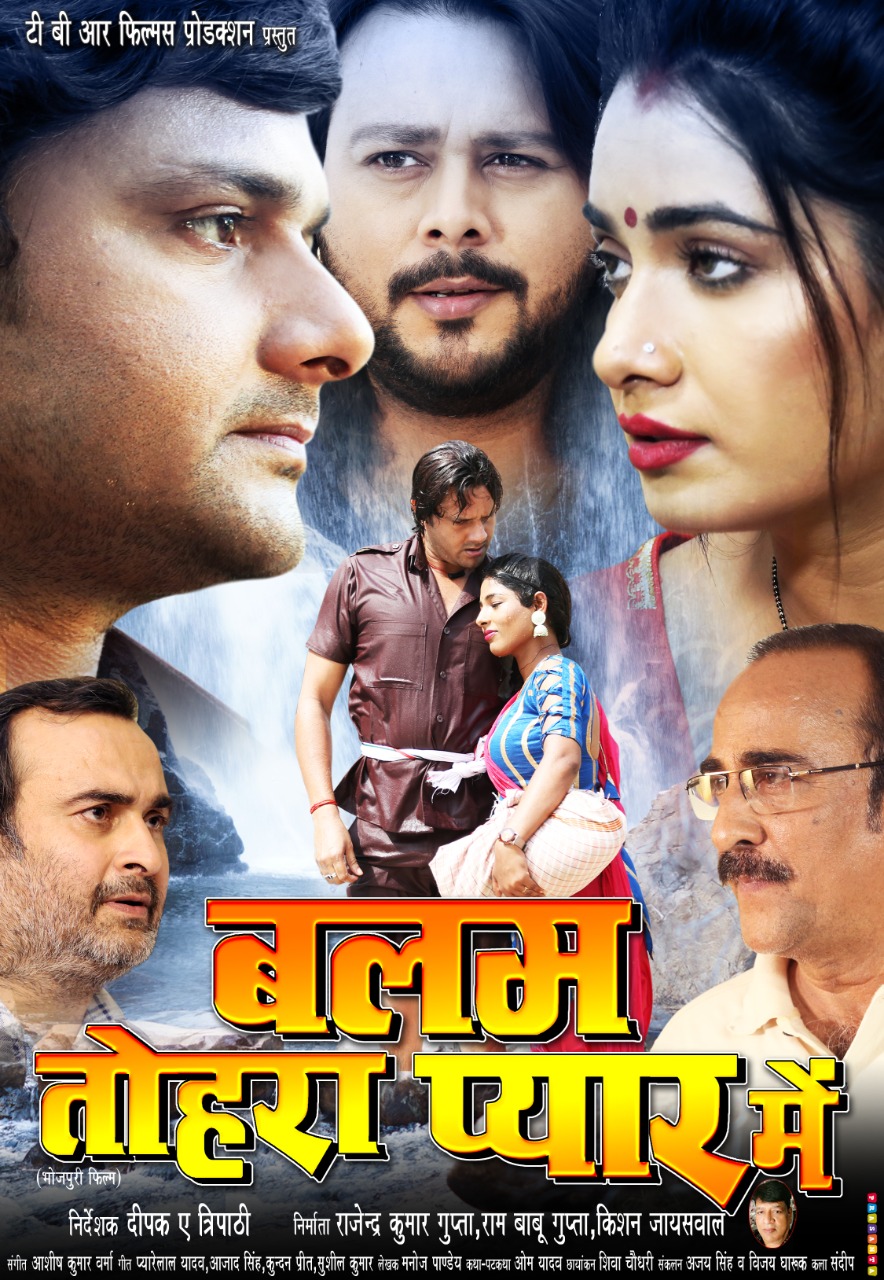 The first look of the Bhojpuri film 'Balam Tohra Pyaar Mein' made under the banner of TBR Films Production, has been out on the occasion of Raksha Bandhan. In the first look, the film's actor Gaurav Jha is seen along with actresses Ritu Singh and Anamika Anu. The film is produced by Rajendra Gupta, Rambabu Gupta, and Kishan Jaiswal. The director of the film is Deepak A Tripathi. This film is a social family drama, which everyone will like. The making of the film has been done on a large scale so that the audience gets good entertainment.
Since the film's first look was out, it has also started going viral. Their fans are again excited about the beautiful pairing of Gaurav Jha and Ritu Singh, and they also have high hopes for this film.
By the way, the film is technically quite strong as well. Bollywood's famous "Bhupesh Sharma is doing BGM," so the presentation approach of the film is no less than a Bollywood film. Foley sound effects were also worked on, for which the help of Weather Films Studio Mumbai has been taken. The best technicians of Bollywood have decorated the film. According to the news, this film will be seen very soon in the nearby theaters.
If we talk about the cast of the film 'Balam Tohra Pyar Mein,' then it will include Gaurav Jha, Ritu Singh, and Anamika Anu, along with Abhinav Soni, Anoop Arora, Samarth Chaturvedi, Sonu Pandey, Amit Kumar Sharma, Kanak Mishra, Madhu Awasthi, Akanksha, Sadhna. Veteran actors like Rakhi Jaiswal, Sonu Pandey, Amit Kumar, and Pandit Radheshyam Dixit will be seen. Shiva Chaudhary does the cinematography of the film. Story by Manoj Pandey, screenplay dialogues by Om Yadav, and compilation by Ajay Singh and Vijay Gharuk. PRO is Sanjay Bhushan Patiala. Music composer Ashish Kumar Verma and lyricist Pyarelal Yadav are poets, Azad Singh, Kundan Preet, Vishwanath Raj Puri, and Sushil Kumar, while choreographers are Mahesh Acharya and Ashok Maithili. Directors team Gopal S. Gupta, Neeraj Sachan, Sakshi Sahu and Cinematographers team:- Sahil Saif, Kamlesh Kumar, Vinay Kushwaha, Production Munna Yadav. The film was shot in Tulsi Bhawan Kanpur, Bithoor, Unnao, and Rae Bareilly (Uttar Pradesh).